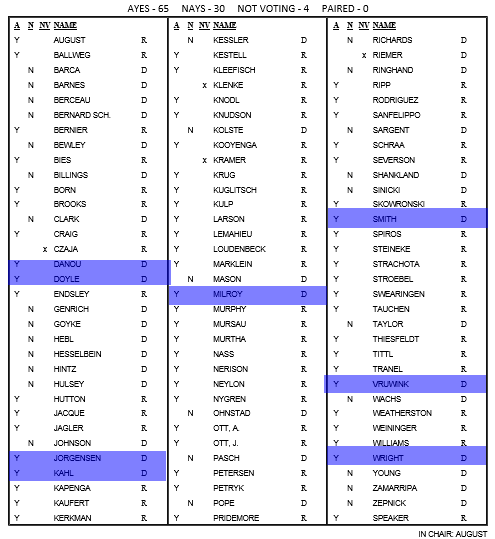 Yes, folks, once again the Republicans, with an assist from 8 Democrats, uphold one of their most cherished principles:  local control.   The bill would allow any shooting range in operation as of July 16, 2013 to continue at its location regardless of any local ordinances.

The bill also makes the owners, board and employees of shooting ranges immune from lawsuits based on the negligence of a shooter at the range.

Related posts:
Republican Hypocrisy: The "Hits" to Local Control Just Keep on Coming.  (2/28/2014)
Milwaukee Journal Sentinel editorial board calls out Republican hypocrisy.  (2/17/2014)
And the hypocrisy just keeps on coming: Republicans can't even give lip service to their "Principles". (2/14/2014)
Yet another lesson in Republican hypocrisy.  (2/13/2014)
Another lesson in hypocrisy: Wisconsin Republicans disparage Mary Burke for her wealth.  (1/31/2014)
A lesson in hypocrisy, Waukesha County edition.  (1/29/2014)
Your Wisconsin Republican Assembly hard at work promoting Governor Walker's jobs agenda (and GOP principles).  (11/15/2013)
Posted by Retiring Guy at 3:31 PM