Quotes from the article 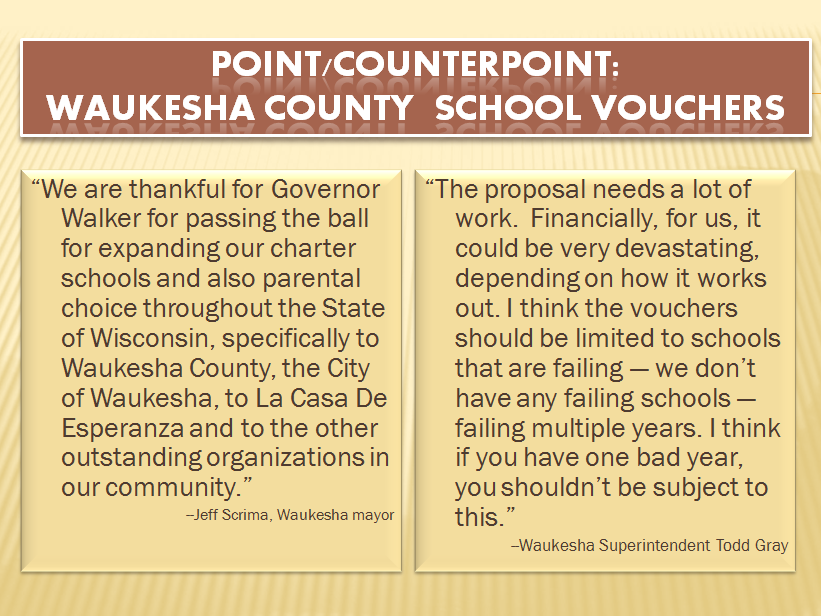 So that's just empty thanks, Jeff? There was that one time, he acknowledged.

In May of last year, Scrima accepted the invitation of officials from La Casa de Esperanza to speak at a school choice rally in Waukesha. He did not know that Walker would be speaking at the same event, Scrima said.

"I didn't know."  You or someone in your office should have asked, if this is such a big deal for you, Jeff.

Apparently, he doesn't think Walker's school voucher plan is extreme.  Scrima didn't address that question directly, but he did say in another email that "Both Walker and Obama are extremists. I've never joined a political party because I don't believe that either party has all the answers.
Posted by Retiring Guy at 7:45 AM

Sounds like pandering to the Waukesha electorate. Go the the Walker event and snub the President.