When writing about LSSI, it's probably wise to note that there are 16,671 library locations in the U.S. 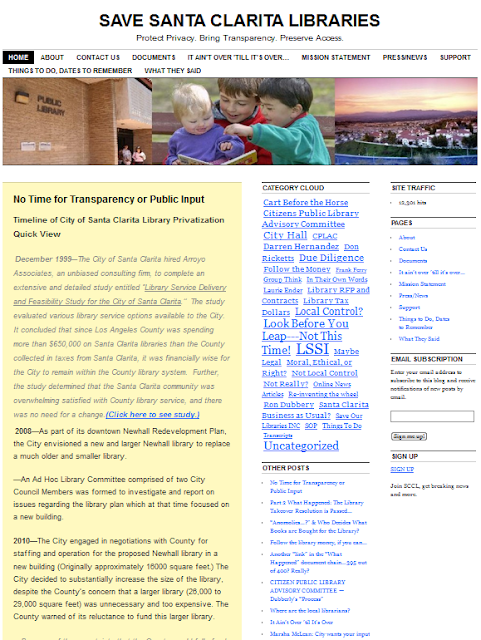 Outsourcing the local library can lead to a loud backlash. (Stateline, 8/1/2011) Thanks to Mark Arend for sharing.

Excerpt:    Last month, three public libraries in the Los Angeles suburb of Santa Clarita ditched the L.A. County public library system, the biggest in the nation. To save money, they turned instead to a little-known but fast-growing private competitor, the Maryland-based Library Systems and Services International (LSSI).

Hardly anyone in the general public realizes it, but LSSI, which runs 68 branch libraries in California, Kansas, Oregon, Tennessee and Texas, is now the fifth largest library system in America.

I'm stickin' with the 13 library systems and 63 branch operations that LSSI notes on its website.


Public libraries in the United States