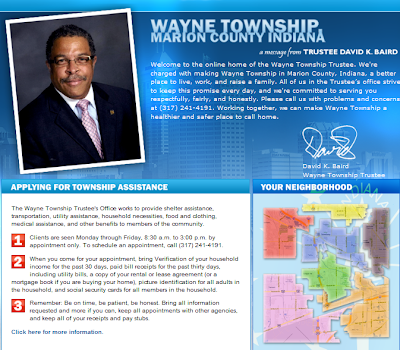 Excerpt:  No one disputes the Wayne Township trustee's heart is in the right place with his plan to spend about $200,000 to restore longer hours at four nearby library branches.

But some state lawmakers view the proposal as another example of township excess. And it comes as the General Assembly is gearing up for more debate about reforming local government.

David Baird, who leaves office after this month, said he saw an opportunity to help residents who rely on the ailing Indianapolis library system by tapping the township's rainy-day fund.

State Rep. Ed DeLaney, who this year backed a proposal that would have eliminated township government, called Baird's stance "almost regal."  (Emphasis added.  And DeLaney is a very brave man, I'll note for the record.)

"I'm all for the libraries," said DeLaney, D-Indianapolis. "I find this deeply ironic, however. In terms of how government should run, this is Exhibit A in how it shouldn't run. These taxes were raised for specific purposes, and they're being spent for another purpose. Thank God it's a nice purpose." How would such a bill play in Wisconsin? 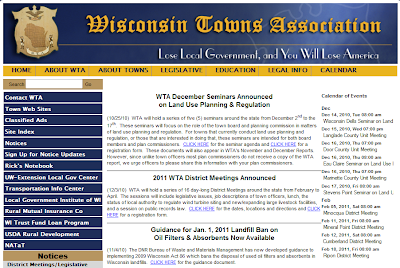