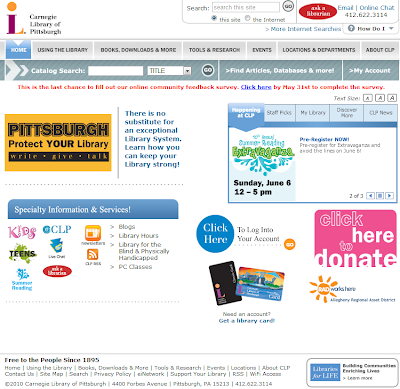 Excerpt:   Pittsburgh City Council gave preliminary approval today to a $640,000 grant for the Carnegie Library of Pittsburgh--money that officials said would help the system keep all of its buildings open and hours intact through Dec. 31.

But Barbara Mistick, library system president and director, said the system still is struggling to stabilize long-term finances in the wake of reduced state funding and flat contributions from the Regional Asset District.

The city previously gave the library system $600,000 to spend this year. Mayor Luke Ravenstahl has balked at giving the system more. Council members expressed a willingness to help the system with a second grant, but warned that it must seek new, permanent sources of revenue--and soon.