Pittsburgh Is Trying to Do the Right Thing with Its Libraries 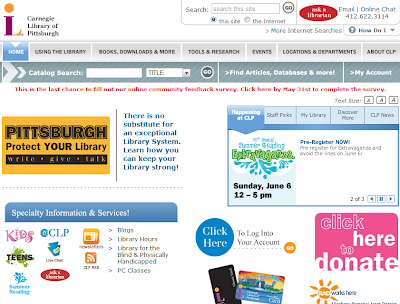 Excerpt: City Council introduced a measure today that would give the Carnegie Library of Pittsburgh $640,000 to help keep all of its branches open through the remainder of the year.

Mayor Luke Ravenstahl said earlier this week he would consider diverting the money the library system needs to help them keep all branches open, but is still waiting for library officials to turn over financial documents he requested. Ravenstahl would not say whether he would veto the measure.