Support for abortion increases in Iowa during past 10 years 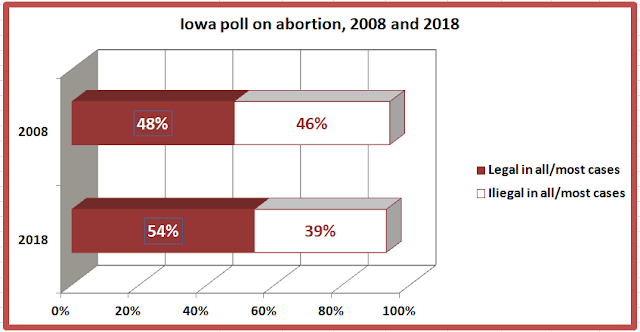 
Why do Republicans want Brett Kavanaugh on the U.S. Supreme Court at any cost?  Iowa's fetal heartbeat law is on hold while opponents challenge it in court. It would ban nearly all abortions after a fetus' heartbeat could be detected. Experts say that can occur about six weeks into pregnancy, which is often before women realize they're pregnant. The law’s supporters hope to use it to challenge the U.S. Supreme Court’s 1973 Roe v. Wade decision, which legalized abortion nationwide.


Yes, it's a rhetorical question.