Rockford is my dad's home town, and 1815 Charles Street is where he spent the first 20 years of his life.  He was the youngest of 7 children of Herman and Anna Nelson.  The building with the orange tile overhang used to be a Gulf gas station. 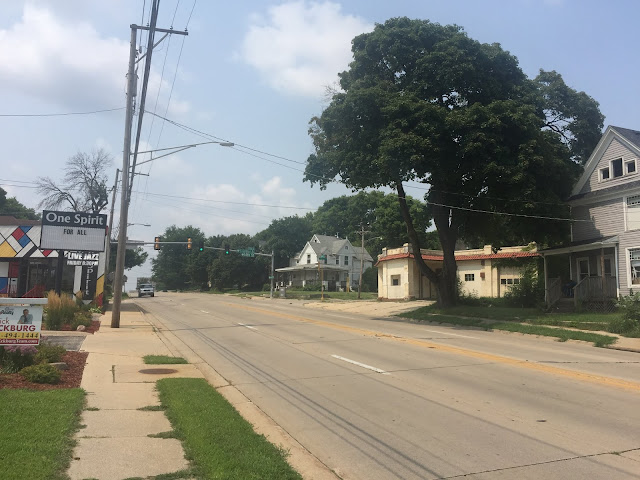 And thanks to this odd framing of a portrait of the Minnerd Stark family, I can offer you proof. The photo was taken during the summer of 1954 on the sidewalk leading to the entrance of 1815.   Within the next decade, most of the trees you see here were lost to Dutch Elm Disease.  (Lila, second from the left, is one of my Dad's 5 sisters.) 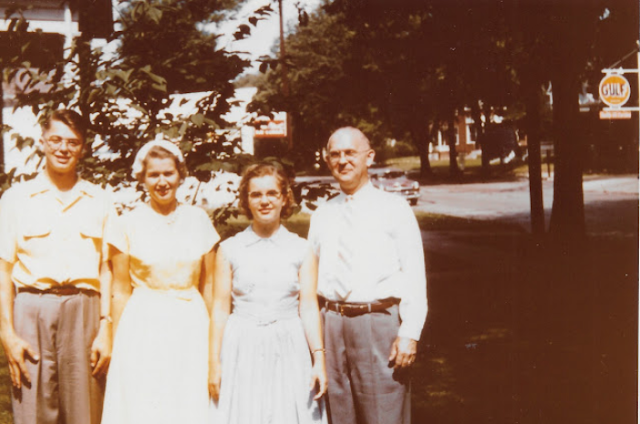