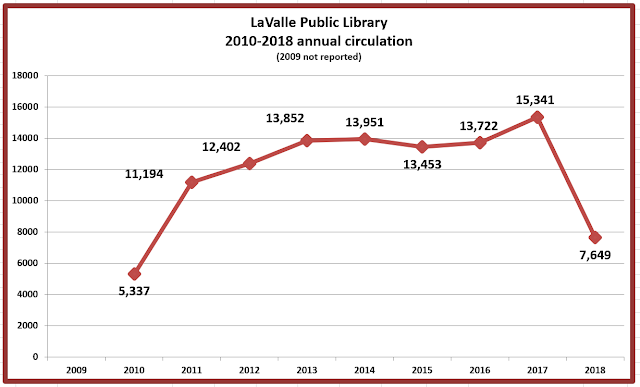 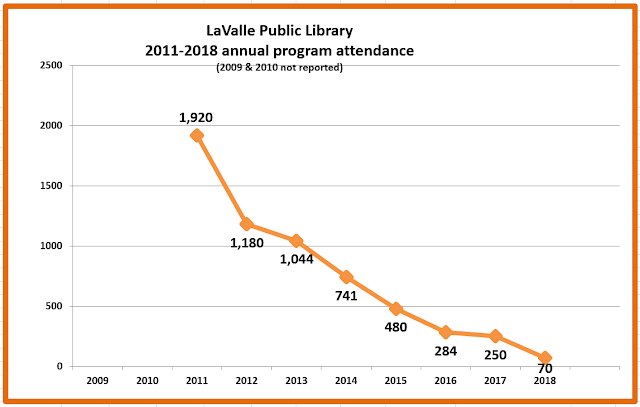 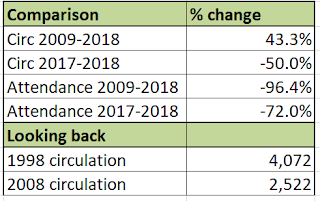 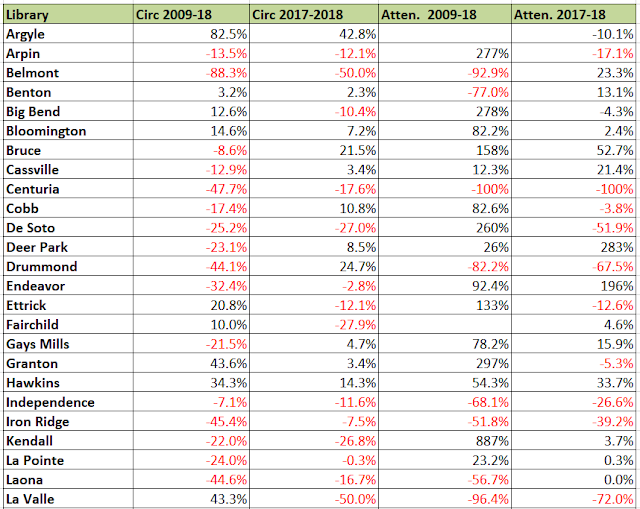 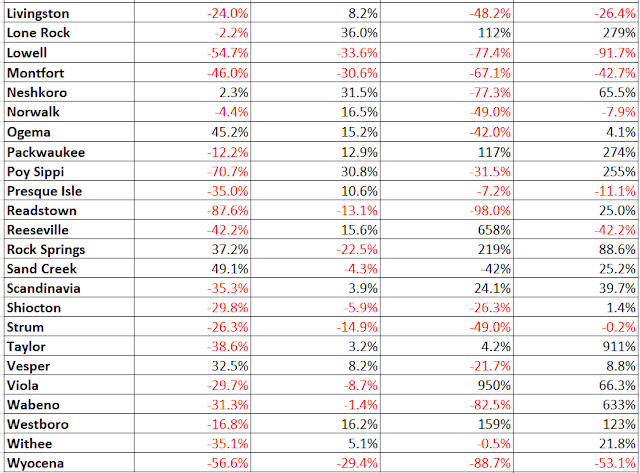 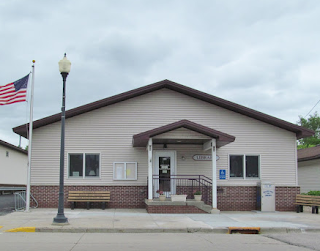 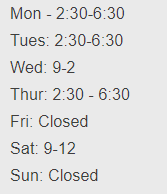 LaValle Public Library in the news:
A tide of words instead of water: Library reopens after flood.  (Wisconsin State Journal, 6/20/2010)

The opening of the library also is the final major piece of recovery in this village that saw much of the business district under water from a combination of saturated ground from melted snow and torrential rains. Most businesses here opened a few days to a few weeks after the floodwaters receded, but the library, which lost about 1,000 books, was packed up, first into a trailer from the Mauston Co-op and later into a storage garage in LaValle.

That also will be a big week for the La Valle Public Library, which reopened Jan. 14 after being inundated with about 4 feet of floodwater in late August. Like Rock Springs, the water came from the overwhelmed Baraboo River but library staff was caught off guard when the dam in Hillsboro up stream failed and sent an unexpected wave of water. The library, located next to the fire station, lost all of its books on the bottom three shelves of each shelving unit. 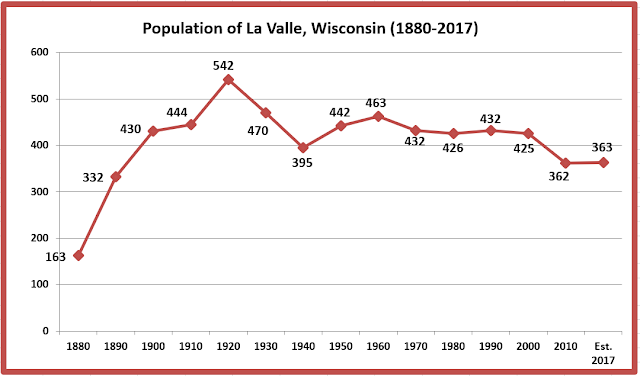