From the business archives: Variety store sales in November 1957 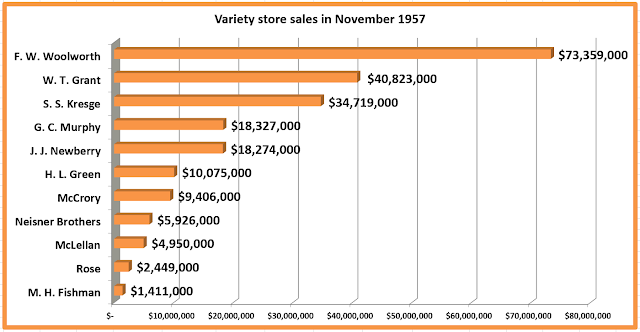 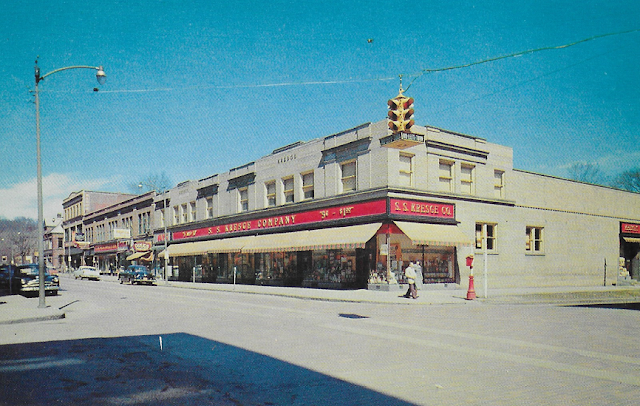 From Retiring Guy's postcard collection (and below)


Mr. Kresge, who also was an officer in the family's vast retailing business, was a trustee of the Kresge Foundation from 1931 until the week before his death. The foundation, set up by his father, Sebastian Spering Kresge in 1924, is one of the 10 largest in the country, with listed assets of $814 million as of last year.

Starting with a single store in Detroit in 1899, Sebastian Kresge built a chain of hundreds of 5-and-10-cent stores that today, as the K Mart Corporation, is the world's second largest retailer.   (Times have changed.)

Stanley Kresge began his business career with the S.S. Kresge Company in 1923, moving up the corporate ladder to become vice chairman in 1953. When his father stepped down in 1966, Mr. Kresge became chairman, but he retired himself the following year. 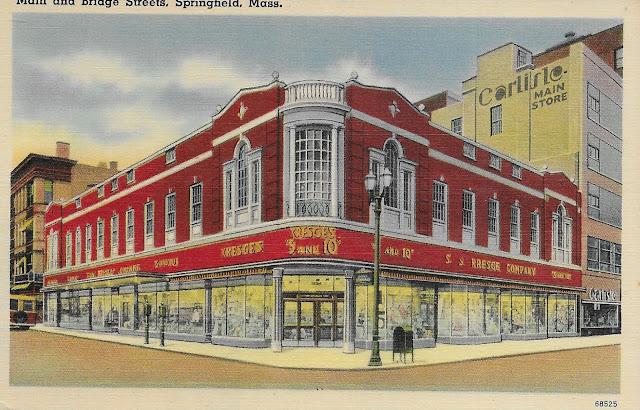