Dog indifferent to having its picture taken 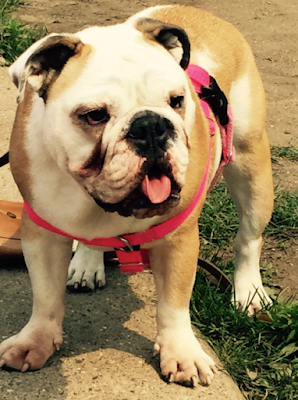 The young twenty-something owner was deep in conversation with a young man, same approximate age.  He loudly proclaimed that if he were running a law office -- not ever a likely scenario, I'd like to think -- and had to choose between a male and female candidate for a position, he'd choose the man every time.  Why?  He wouldn't be able to depend on the woman to do her fair share of the work, as she'd be taking time off once she got pregnant.

At one point I thought my wife was going to clock the guy.

"I can't believe there's anyone that age who thinks that way," she said disgustedly.

"When was the last time you went to a frat party?" I asked, not jokily.