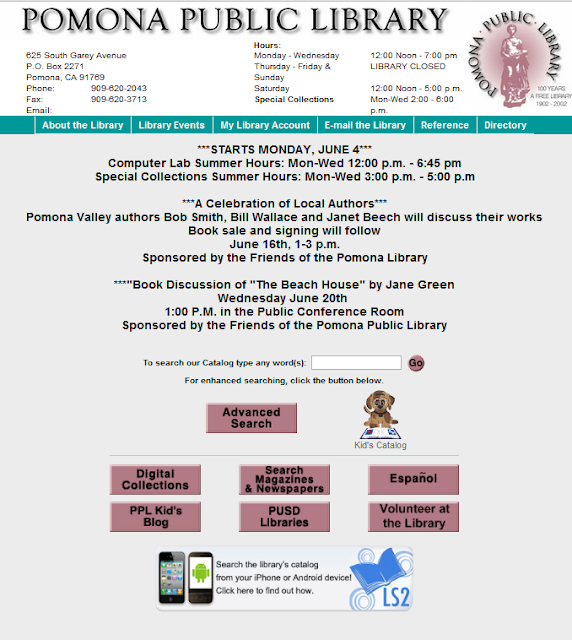 Excerpt:   Although a decision on the future of the Pomona Public Library will not be made until Monday night when the City Council meets, some people have begun to think about how they and others would function without it.

This week employees learned the library could close in August and remain closed for a year as a result of the city's mounting fiscal problems.

The city expected to issue a total of 29 layoff notices, 15 of them to library employees, by week's end, said Mark Gluba, assistant to the city manager.

The remainder of the notices were going to personnel in other departments, he said. 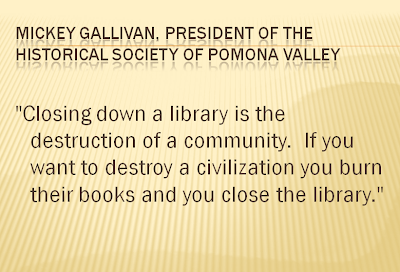