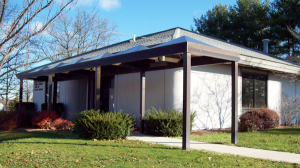 (Fuller, above) LINK (Rumford, below) 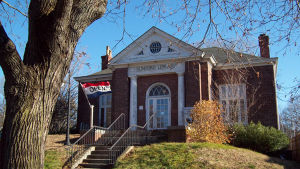 Excerpt:  The East Providence Public Library Board of Trustees “regretfully” announced the closing of the Anne Ide Fuller and Rumford Branch Libraries at the end of April in a press release Thursday, April 5.

According to the release, last fall the East Providence City Council heard powerful stories from city residents highlighting the importance of the neighborhood libraries to their families and to the city as a whole.

The council then corrected a proposed budget to prevent library closings. However, by December 2011, the state appointed Budget Commission mandated further city wide reductions. The Board of Trustees recognizes this mandate resulting in April 26, 2012 as the last day of service at the Rumford Branch and April 27, 2012 at the Fuller Branch.

According to the 2010 Annual Report Survey Data complied by the State of Rhode Island Office of Library and Information Services, the Fuller branch comprised 2,640 square feet and the Rumford branch 2,436square feet.  Both were open 52 hours per week.

East Providence Public Library in the political news.
Posted by Retiring Guy at 7:54 AM