Excerpt: Sen. Dale Schultz, R-Richland Center, said he opposed a measure that would move up the effective date of new legislative boundaries, passed by the GOP-controlled Legislature this summer, to this November rather than November 2012.

"I'm not interested in further adding confusion by changing the rules," Schultz told the State Journal.

He said he would vote against the bill if it makes it to the floor because he believes the people who voted him into office are the ones who should decide whether he ought to be recalled.

I hope Sen. Schultz hears more than a few words of thanks. 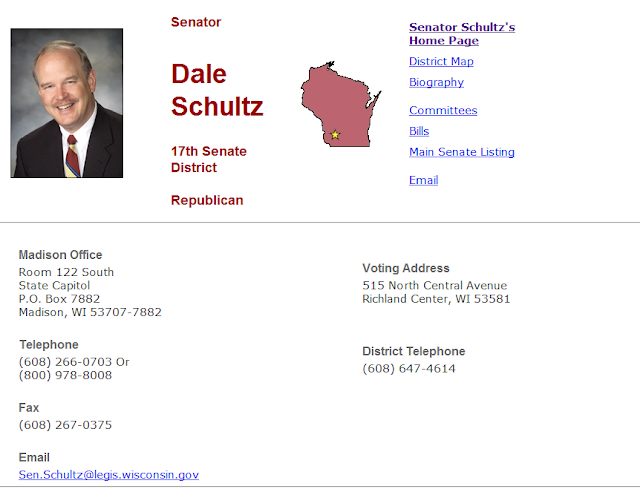