Near the End, Mom Broke Her Silent Generation Mold

A lifelong Republican, she enthusiastically voted for Obama in 2008.  She had especially harsh words -- not generally her way of speaking -- for Sarah Palin. 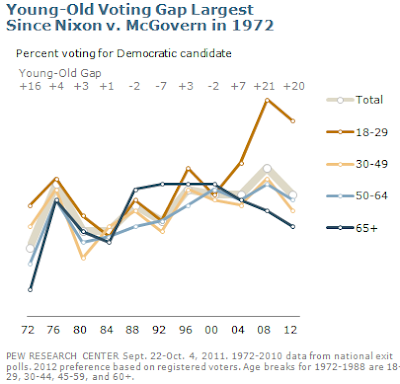 Excerpt:   Millennial voters are inclined to back President Barack Obama by a wide margin in a potential matchup against former Massachusetts Governor Mitt Romney, while Silent generation voters are solidly behind Romney.
Posted by Retiring Guy at 3:49 PM