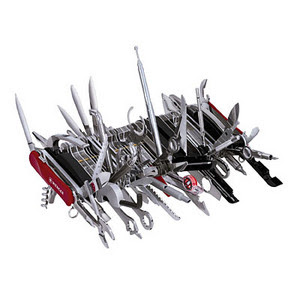 Already used to surf the Web, check e-mail and get turn-by-turn directions, smartphones will soon acquire many more features and functions. At the Consumer Electronics Show, which ended Sunday, tech companies demonstrated how devices such as Apple's iPhone could be used to monitor blood pressure, serve as the brains and display for car radios and even replace a traditional laptop or desktop computer.

I wrote before the show that the PC's reign as the dominant kind of computer was threatened by new devices, including smartphones, tablets and smart TVs. But it's been eye-opening at CES to see the degree to which the smartphone is becoming the new PC -- only more capable.