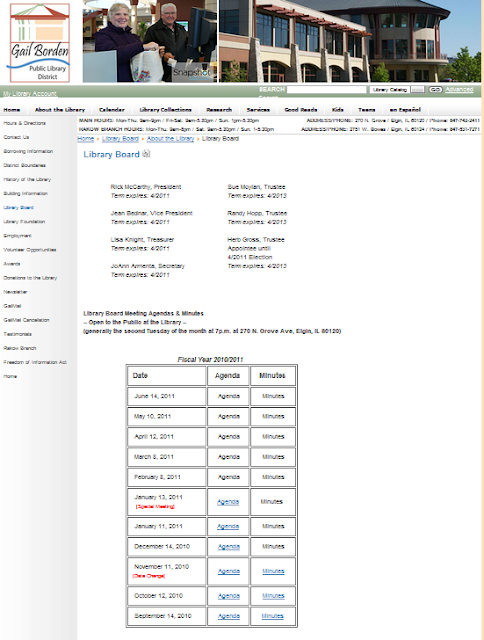 Excerpt:   Gail Borden Public Library Trustee Randy Hopp campaigned as a taxpayers’ advocate when he ran for a position on the district board in 2009.

But fellow trustees say Hopp has been just the opposite, costing the Elgin-based district $12,315.89 in staff and attorney time in responding to his repeated Freedom of Information Act requests in 2010.

At a board meeting Thursday, Hopp promised he would continue to submit requests for tape recordings of board meetings, despite rulings by the state Attorney General’s office that the tapes didn’t have to be released. He also threatened to take the matter to court.

Joyce Schifferer, a library administrative assistant, records the meetings on her personal recorder and later uses the tape to assist in writing the minutes.

Hopp said he wants the actual recordings because the “propaganda sheet that comes out as minutes” doesn’t suffice.

“(More than) $12,000 of staff and attorney time for something you know you’re not going to get seems, I don’t know a better word, but outrageous,” she said.