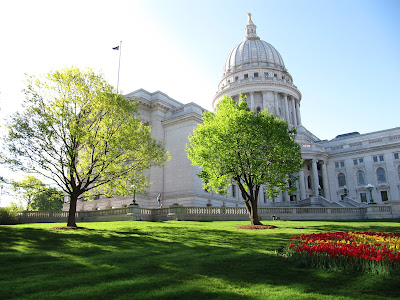 Excerpt: Republican Wisconsin Gov. Scott Walker ran on the promise of balancing the state's $3 billion budget shortfall and putting people back to work, but his first proposals will only deepen the state's fiscal woes.

In his first week in office Walker released eight bills he wants the Legislature to pass by March. Hearings on the bills start Tuesday and the Assembly could start voting on them by the end of the month.

Instead of chipping away at the two-year budget problem, they include tax cuts that would increase the deficit by at least $80 million a year, based on figures released to The Associated Press by Walker's office. Exact cost estimates to be given to legislators from the nonpartisan Fiscal Bureau were not available as of Friday.

Other measures, like revamping the Commerce Department, will likely have only a marginal cost or none at all. Walker hopes that the new public-private hybrid agency he wants to create focused solely on job creation will help him meet his goal to increase jobs by 250,000 over the next four years.
Posted by Retiring Guy at 7:05 AM