Breitbart thinks the Leahs are full of it.  Vukmir said she backs Trump because "he is winning." "He is following through on the promises that he has made," she said. 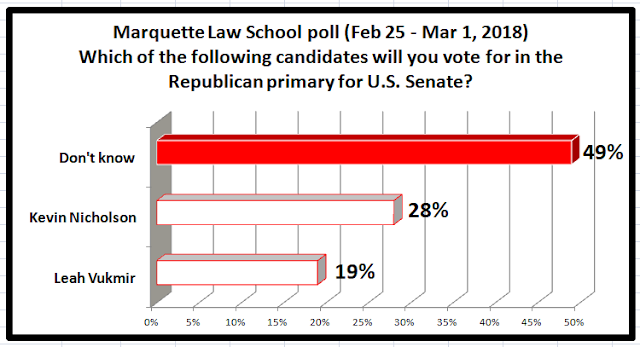 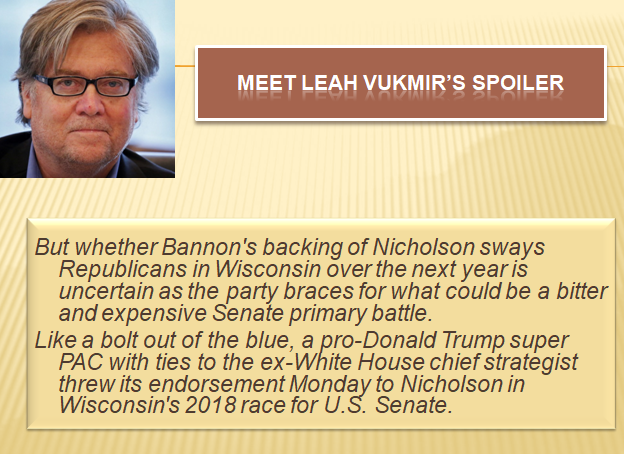 
Original 10/15/2017 post, "No primary challengers, please!  GOP prima donna Leah Vukmir quest for 'one of the highest offices in the land'', starts here. 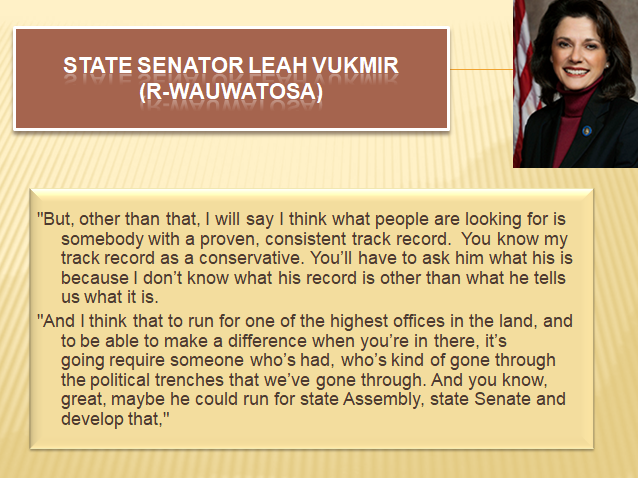