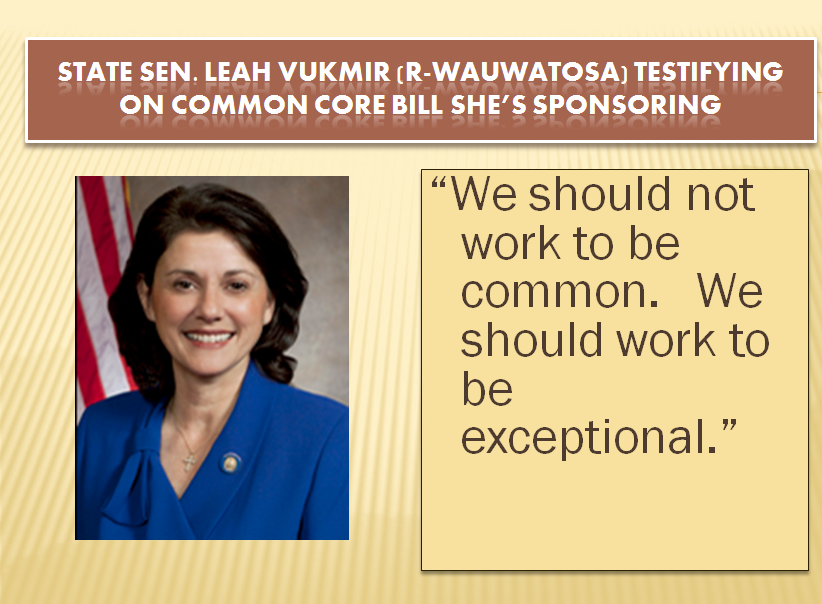 How she works to be exceptional.  In 2013, Vukmir served as national treasurer of the American Legislative Exchange Council.

Did she ever read the freaking standards? They are high and demanding. Common simply means getting all school districts to apply those same high standards.