What Planet Was Leah Vukmir on Yesterday?

I suspect this new release was written before the hearing took place. 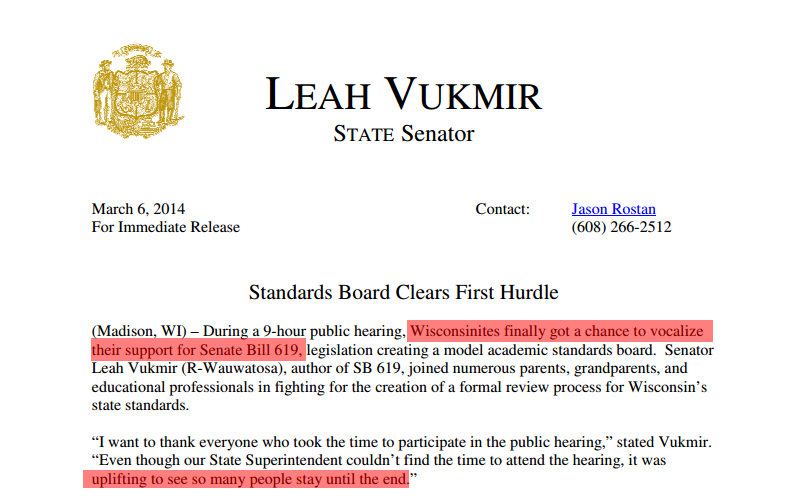 Even the WMC is against you on this one, Leah. A bill that would give the Legislature power to write and approve Wisconsin’s academic standards is unlikely to pass in its current form, the leader of the state Senate said Thursday as hundreds of
converged on the Capitol to oppose it. (Bullet points added for emphasis.)

One of Leah's numerous blind spots in the hearing room.    In a dramatic move, dozens of superintendents stood silently in support of the fellow superintendents who testified before the committee in opposition to the measure.