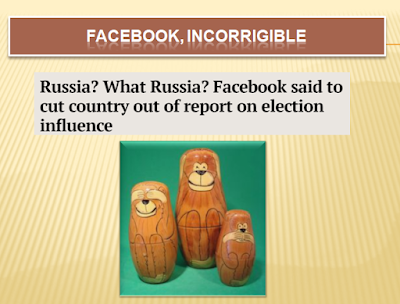 Here’s something that just might come up when Facebook officials testify before the members of the Senate Intelligence Committee on Nov. 1:

Just why did Facebook cut any mention of Russia out of an April report about how its social-media platform might have been manipulated in the run-up to the 2016 presidential election? 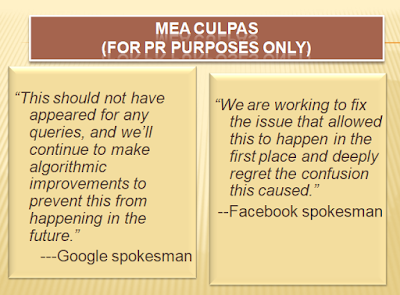 Related reading:
Here Are All The Hoaxes Being Spread About The Las Vegas Shooting.  (BuzzFeed News, 10/2/2017)

#13
Popular far-right news site the Gateway Pundit wrote up the Geary Danley shooter conspiracy, describing him as being associated with an "anti-Trump army." 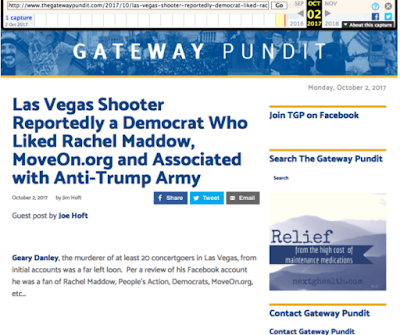