UPDATE. Your UW Board of Regents: Totally owned by Scott Walker 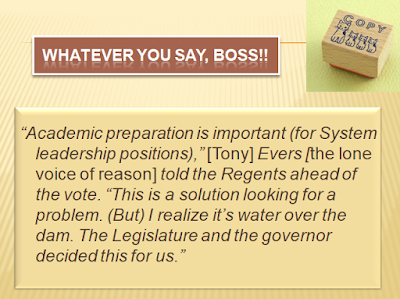 The Regents adopted the changes on a voice vote during a meeting at UW-Stout. State schools Superintendent Tony Evers cast the lone dissenting vote. 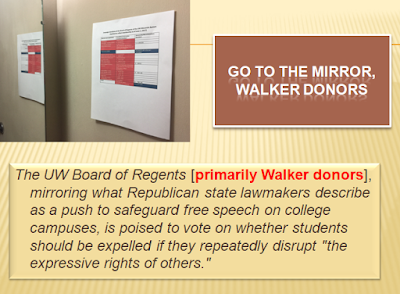 
3/30/2017 update, "UW System Board of Regents campaign donation table gets even redder as of June 1", starts here.

Meet the UW System Board of Regents.  Primarily a club for GOP campaign contributors. 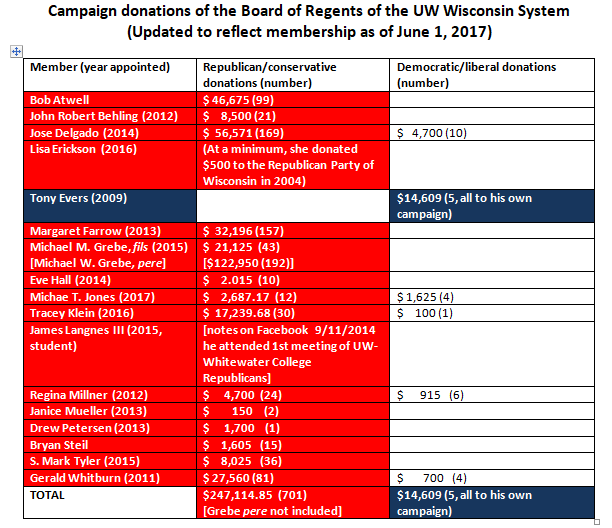 
[Mike] Jones is an attorney with the Milwaukee firm Michael Best & Friedrich. He received a bachelor's degree from UW-Madison and a law degree from Marquette University. He previously worked for MillerCoors for 30 years, eventually becoming the vice president of corporate affairs.

[Bob] Atwell is the chairman and chief executive office of Nicolet Bankshares, Inc. He received a bachelor's degree from Beloit College and a master's degree in public and private management from the Yale School of Management. He is on the board of directors for the Hospital Sisters Healthy System. 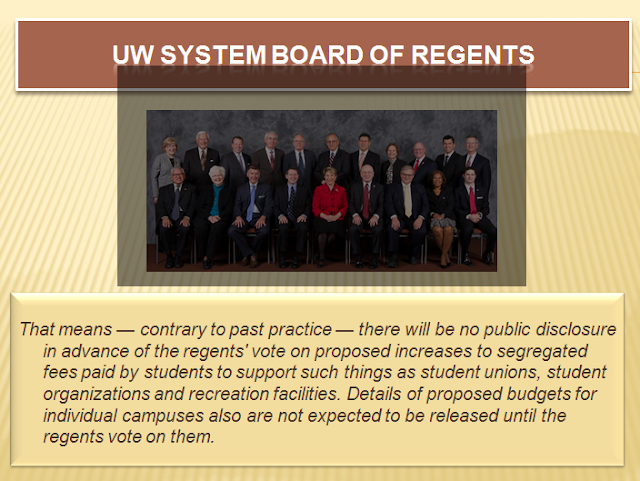 You shouldn't be at all surprised by this lack of transparency. 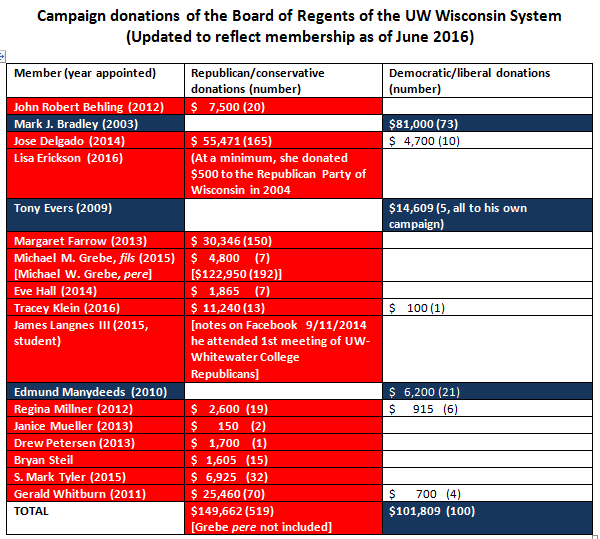