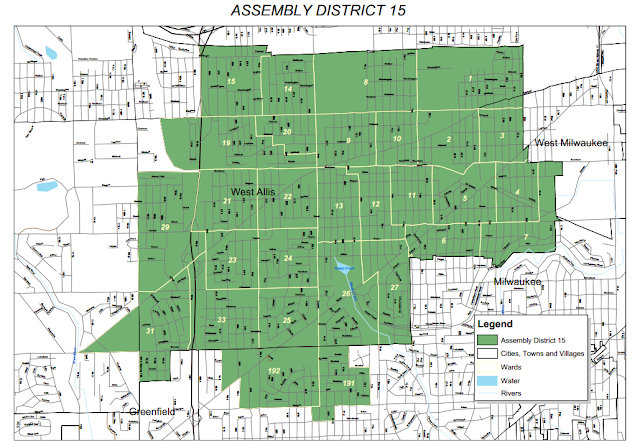 But a GOP state senator exuberantly offered some redistricting suggestions. 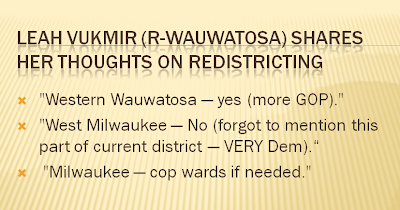 The new 15th.   Stretches into conservative Waukesha County (west of the red line).  As a result, the current rep at the time, Tony Staskunas (D-West Allis) saw the writing on the wall and retired after 16 years of service.  The seat is now held by one of the Assembly's most reliably conservative reps, Joe Sanfelippo.