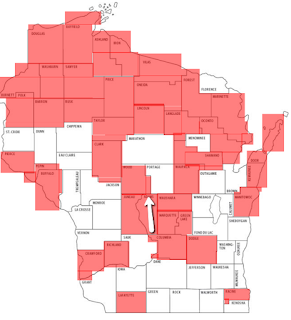 After a two-decade period of decline during the mid-20th century, the population of Adams County increased 179% from 1960 to 2010.  Now all of a sudden, it's no longer a relocation destination. 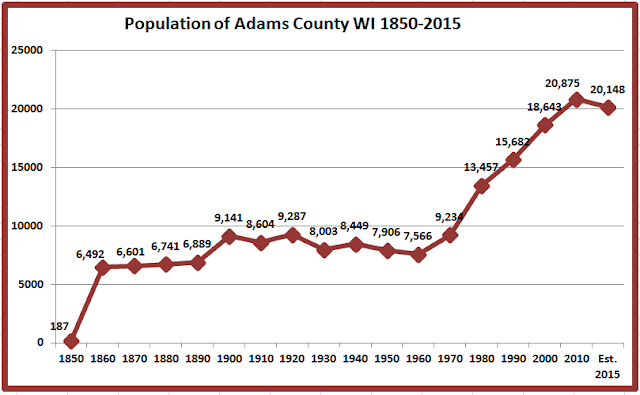 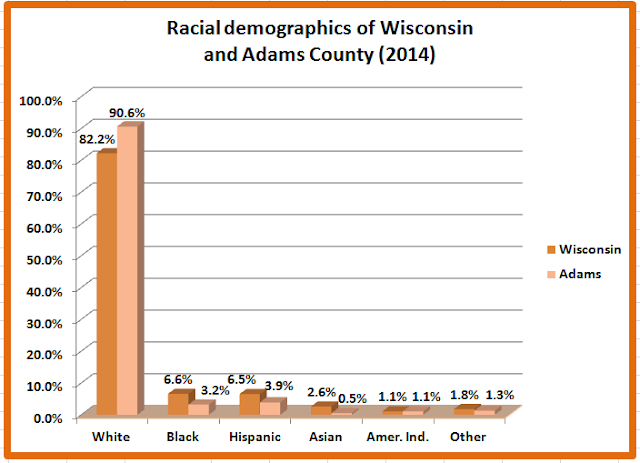 
"We are in the process of strategic planning and working with local companies to determine what we can do to help attract more young working families to the area so that we can reverse the current trend," Smith said. "Growing our industrial community is a positive way to grow our population with working-age adults and increase school district enrollment." Maule believes rural areas face a problem marketing to younger people.


Apparently, the bloom is off this rose.  And the third retirement cluster, in the center of the state, includes Adams, Marquette, Waushara and Waupaca Counties, and also draws from Chicago and Milwaukee, along with Stevens Point and the Fox River Valley.