His comments came in response to a complaint filed Monday by an open government watchdog group contending that the obscure board violated Wisconsin's open meetings law and as a result improperly approved changes that Gov. Scott Walker's administration then cited in saying it didn't have certain text messages sought in a public records request.

The Wisconsin Freedom of Information Council filed a verified complaint Monday with the Dane County district attorney against the state Public Records Board, alleging violations of the open meetings law.


Through its agendas and minutes, the Public Records Board has provided us with a public record of what its business is.  The August 24 minutes, for example, announce an action item that will take place at its November 16 meeting.

However, considering the legislature's recent efforts to gut public records law, I feel it's  unfortunate that hardly anyone, myself included, was paying any attention to this 'obscure' board until now. 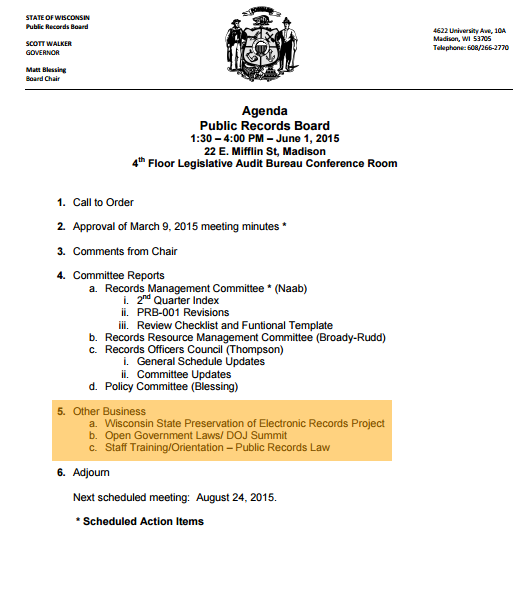 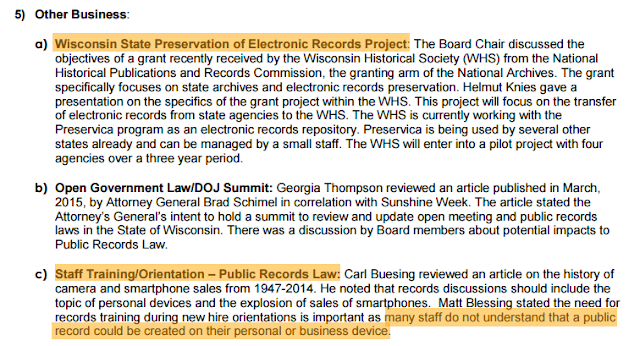 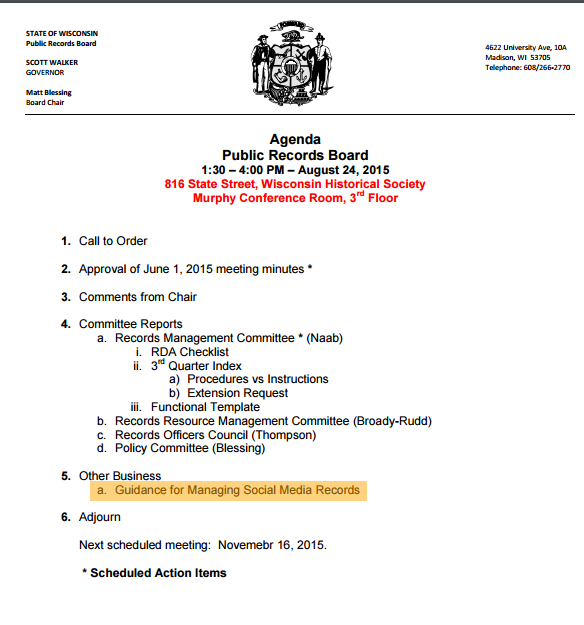 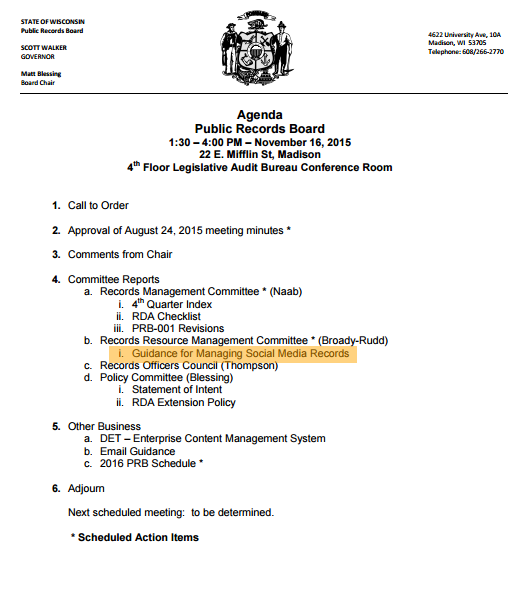 Related posts:
Meet the members of the Wisconsin Public Records Board.  (12/11/2015)
Dear Beth, Journalists have a sacred oath to respond to this betrayal of the public trust by Scott Walker.  (12/11/2015)
Danger, Will Robinson! Scott Walker talks about openness, access, and transparency.  (12/8/2015)
Open records and Scott Walker's concerns with constituents' privacy.  (7/5/2015)
Scott Walker does David Bowie.  (7/4/2015)
Open records and Scott Walker's irresolute response.  (7/4/2015)
When it comes to transparency, ALEC wants to have it both ways.  (7/4/2015)
You have to wonder what dictionary Joint Finance co-chair John Nygren is working from.  (7/3/2015)
Assembly Speaker Robin Vos's definition of transparency: All the self-serving Republican news releases I see fit to print
Good question, Albert Darling. So why the lack of transparency in Wisconsin? (7/3/2015)
Posted by Retiring Guy at 7:20 AM