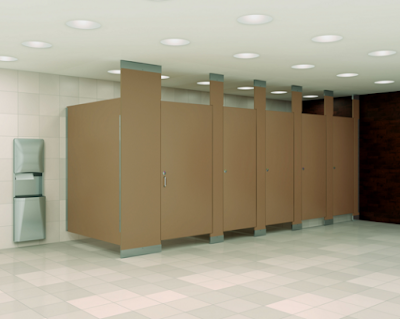 
Dan Rossmiller, lobbyist for the Wisconsin Association of School Boards, said Monday requiring school districts to provide floor-to-ceiling partitions or walls in gender-neutral bathrooms could force school districts to spend money on retrofitting a bathroom that has already been remodeled.


As quoted in the above article. 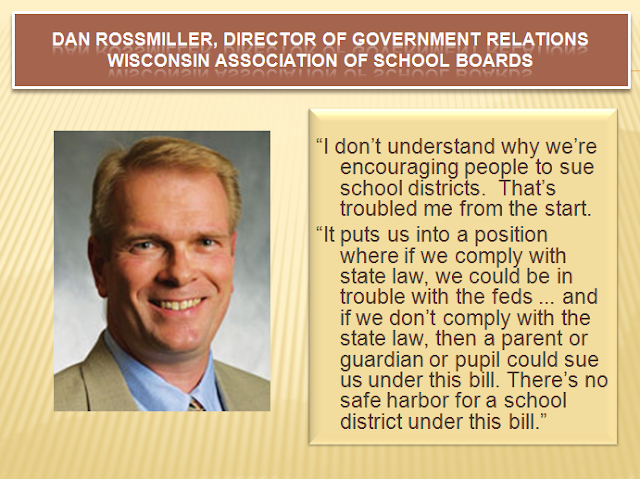 Dear Wisconsin voters.  Next November, I hope you keep in mind how much time and tax dollars Republicans in our state legislature have wasted on their "jobs" agenda.

Other Kremer posts:
Out of (local) control: When it comes to anything resembling a train, Republicans just can't help themselves.  (12/1/2015)
The 'bathroom bill' marriage of Jesse Kremer and Julaine Appling.  (11/21/2015)
ALEC/NRA waterboy Jesse Kremer blames the media.  (10/23/2015)
Waterboys for the NRA and ALEC: Rep. Jesse Kremer (R-Kewaskum) and Sen. Devin LeMahieu (R-Oostburg)  (10/13/2015)
Wisconsin Republicans continue their laser-like focus on jobs and the economy.  (10/7/2015)
Wisconsin Assembly candidate denounces tax breaks for wind energy but conveniently overlooks what big oil receives.  (8/7/2014)
Just what the Wisconsin legislature needs: Another ALEC disciple.  (8/7/2014)
Posted by Retiring Guy at 7:53 AM