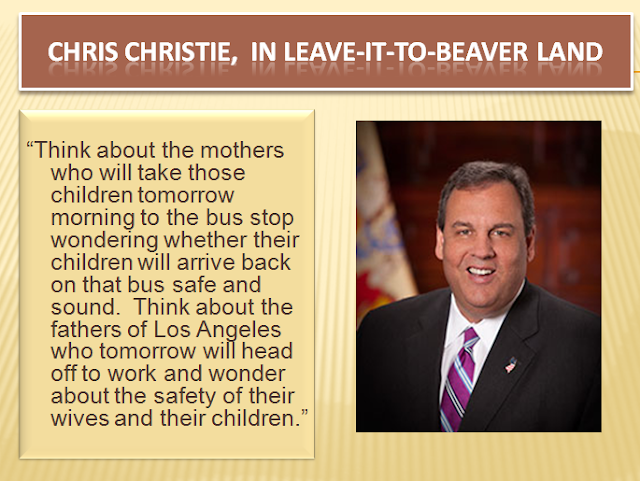 
This is probably not the time to point out that the governor of New Jersey seems to have a rather retro view of the roles of mothers, who are likely to be heading off to work themselves.


I guess they do things differently in California, Governor Christie.

At Gardner Street Elementary School in Hollywood, many parents remained rattled by the chaos of the previous day. Ronald Alba, 46, said that his morning routine with his 10-year-old daughter would change for good: No longer would she take a school bus. From now on, he said, “I’m going to pick her up and drop her off.”