As I noted on Wednesday.

Republicans Have A Long History Of Warning Obama Against 'Poisoning The Well'.  (Huffington Post, 11/20/2014)

Here's a list from American Bridge.   (Surprised it didn't pop up during my research, but perhaps it's just as well.  It might have led to overkill on my part.) 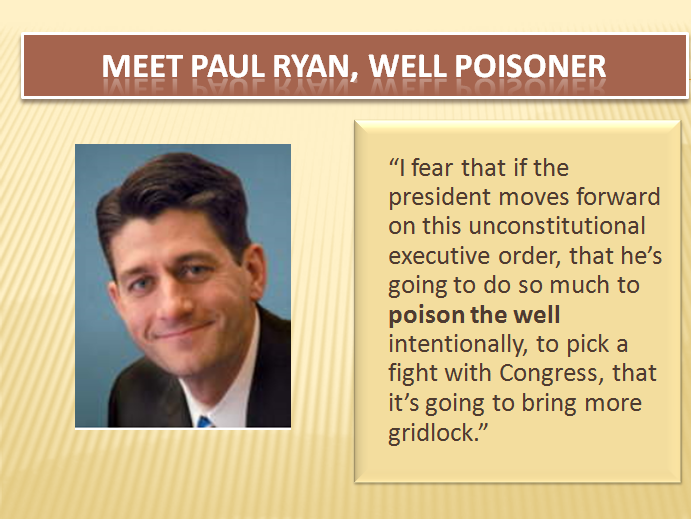 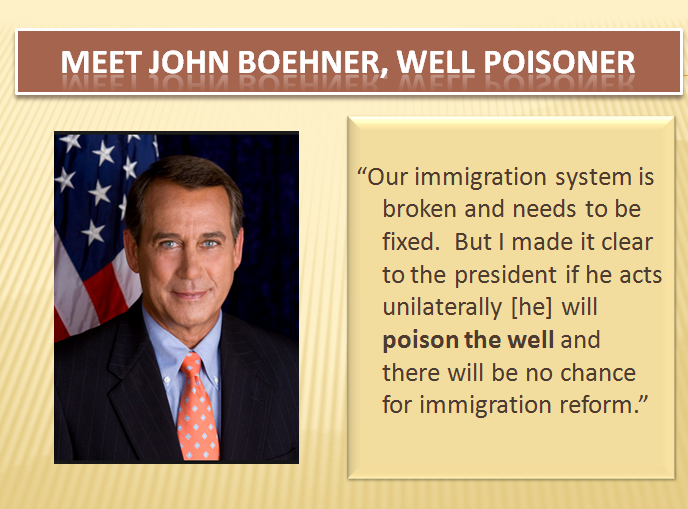 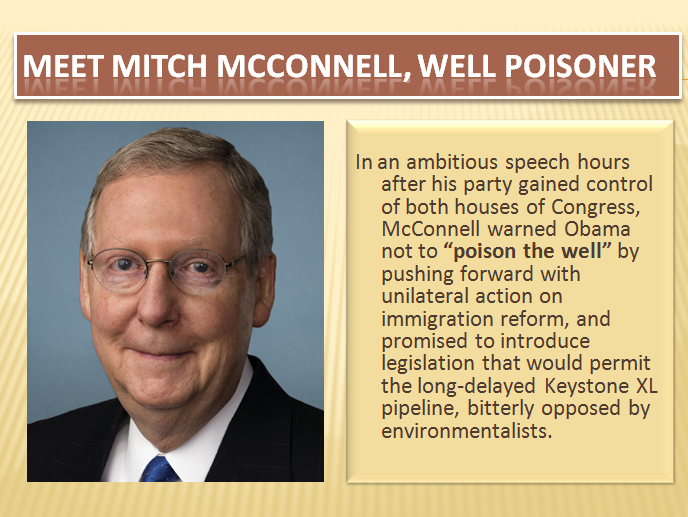 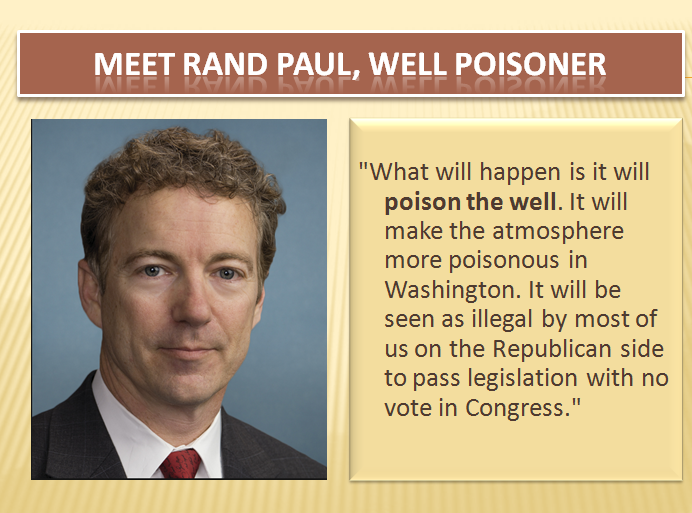 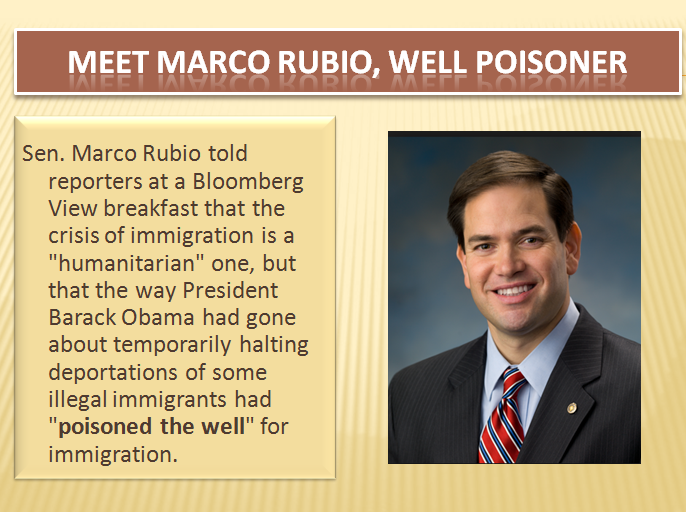 On immigration reform, Republicans have boxed themselves in.  (NewsWorks, 11/19/2014)

It clear where the evidence leads.


Obama gave the GOP - notably the House GOP - plenty of time to come up with a reform plan that would bring unauthorized immigrants out of the shadows. The Senate passed a reform plan last year (by a vote of 68-32) that potentially extended legal protection to millions, while toughening border security and boosting law enforcement funding. But the House GOP, which is in hock to the party's right-wing nativists, naturally did nothing.