I'd like to suggest some alternate wording, please: Cross out "Legislative committees are", insert "The American Legislative Exchange Council is". 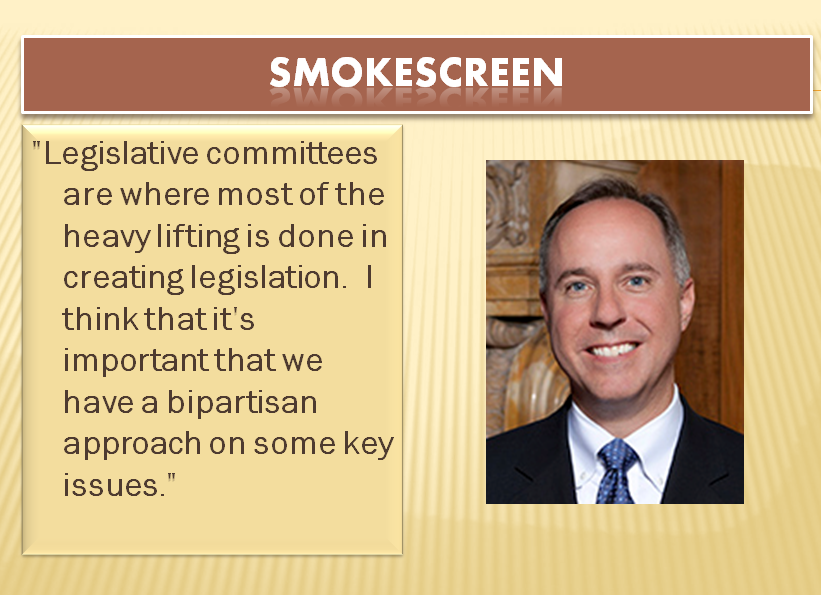 Curiously, the State Journal makes no mention here of ALEC.

The sounds of silence:

Yes, the key word is "lockstep'.   A review of 2011-2012 voting records by a University of Wisconsin academic demonstrates that many Wisconsin legislators are marching in lockstep with the American Legislative Exchange Council (ALEC). Sixty-one Wisconsin politicians -- or 46 percent of the legislature -- voted with the ALEC agenda one hundred percent of the time.

Paying attention. The most important group, I’m pretty sure, is the American Legislative Exchange Council (ALEC), which was founded in 1973 by Henry Hyde, Lou Barnett, and (surprise, surprise) Paul Weyrich. Its goal for the past forty years has been to draft “model bills” that conservative legislators can introduce in the 50 states.