Splashy Full-Page Ad for a Movie Few Want to See 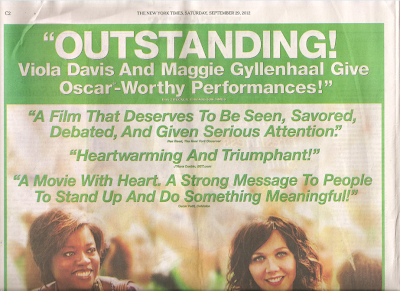 Excerpt: In eight place, Won't Back Down debuted to an atrocious $921,000 from 2,515 locations. It will earn around $3 million this weekend, which will be one of the worst debuts ever for a movie in 2,500 or more theaters.  [emphasis added]


Apparently, most moviegoers can identify propaganda even when they get just a small whiff of it.

Well-funded advocates of privatizing the nation's education system are employing a new strategy this fall to enlist support for the cause. The emotionally engaging Hollywood film "Won't Back Down" -- set for release September 28 -- portrays so-called "Parent Trigger" laws as an effective mechanism for transforming underperforming public schools. But the film's distortion of the facts prompts a closer examination of its funders and backers and a closer look at those promoting Parent Trigger as a cure for what ails the American education system.

While Parent Trigger was first promoted by a small charter school operator in California, it was taken up and launched into hyperdrive by two controversial right-wing organizations: the American Legislative Exchange Council (ALEC) and the Heartland Institute.

Making no bones about the connection. 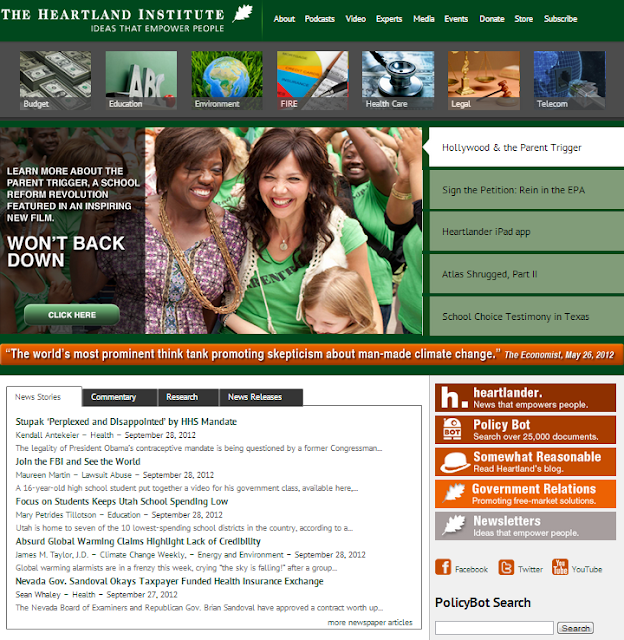