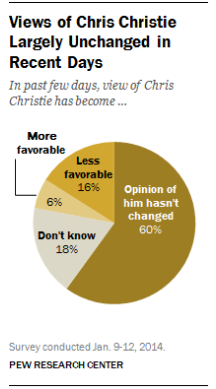 With a polarizing political figure like Chris Christie, it should come as no surprise that 60% of respondents haven't changed their opinion about him.  There are plenty of Democrats AND Republicans who don't wish the man well in his 2016 Presidential aspirations.

I think the emphasis here should be on the numbers 6 and 16. 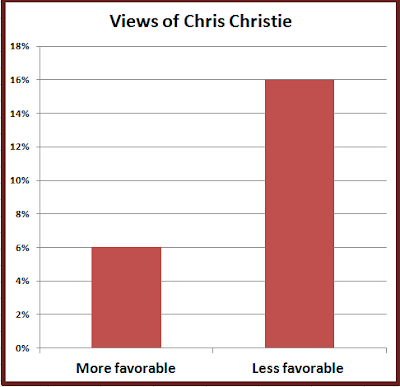 16% of respondents with a less favorable view of Chris Christie?  That's a significant drop in my book

Granted, this is not a poll of likely voters, but a net favorability drop of 10% means things are not going your way.

And apparently, Christie's problems are only going to get worse.