Status Report on Wisconsin's Public Libraries (Part 2A: Where Does the Money Come From?)

For the purposes of this post, I'll make two observations about Table 1: 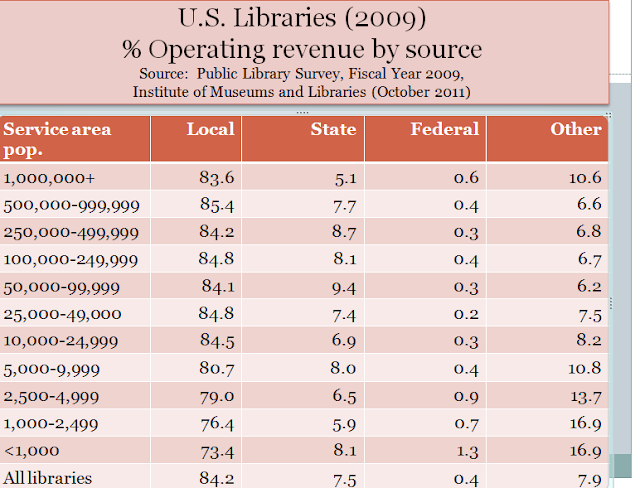 IMLS note: Detail may not sum to totals because of rounding.

Using the most recent (2010) data, how do Wisconsin public libraries compare to the national averages? 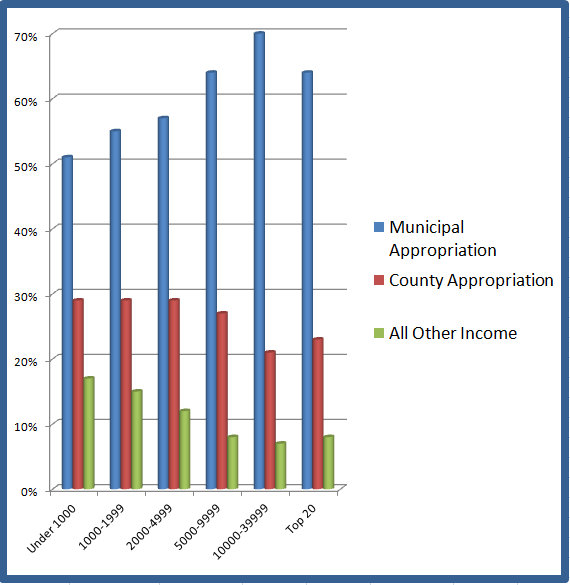 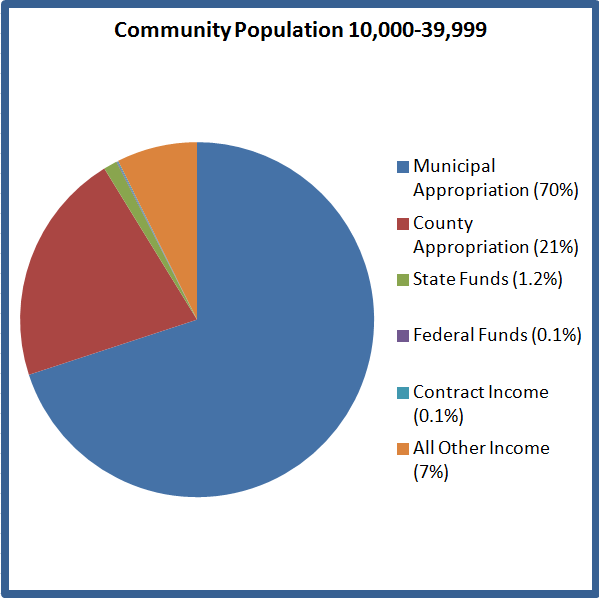 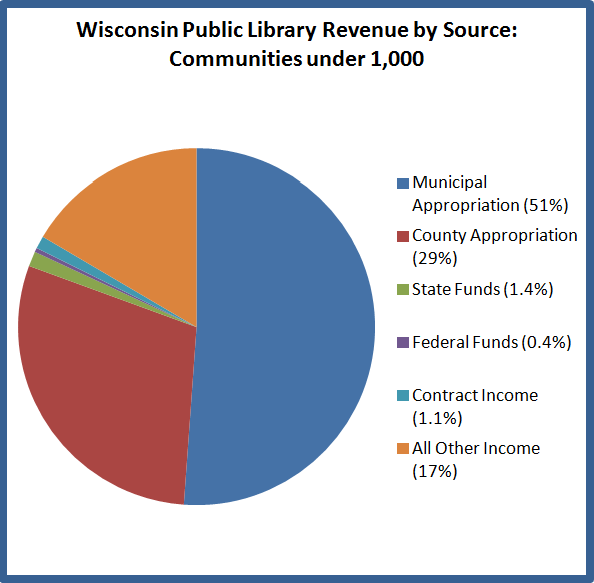 Perhaps the most instructive visual is Bar Graph 2, which show a noticeable difference in per capita support above and below the 5,000 population level. 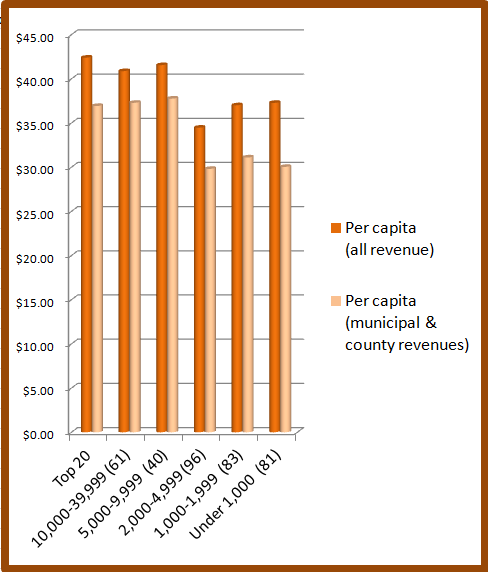 I haven't done enough research to do a deep-dive analysis of the data I've presented.  At this point, though, I will conclude with a quote from the introduction to "Rural U.S. libraries: serving populations and meeting challenges" by Greg S. Borman.

Rural libraries in the United States must contend with a number of obstacles while attempting to provide relevant services to the populations that they serve. One significant challenge involves recruiting degreed librarians who wish to work in remote areas. Also, taking on projects that might help to better serve those who live in rural areas can be onerous. These libraries often use their limited resources so that they can continue to operate at a very basic level, leaving little room for developing appropriate and effective services for various population groups. While current economic conditions have exacerbated the difficulties that many libraries across the U.S. face, rural libraries have struggled with major personnel and financial challenges for some time.  [My emphasis]

Not that this quote should take away anything from the challenges that all public libraries face today.

Next time -- or one of these next times -- I want to look a little more at "all other income", particularly as it relates to the developing concept of "sustainable funding" for public libraries.