And, as you would expect, supplies us with the answer! 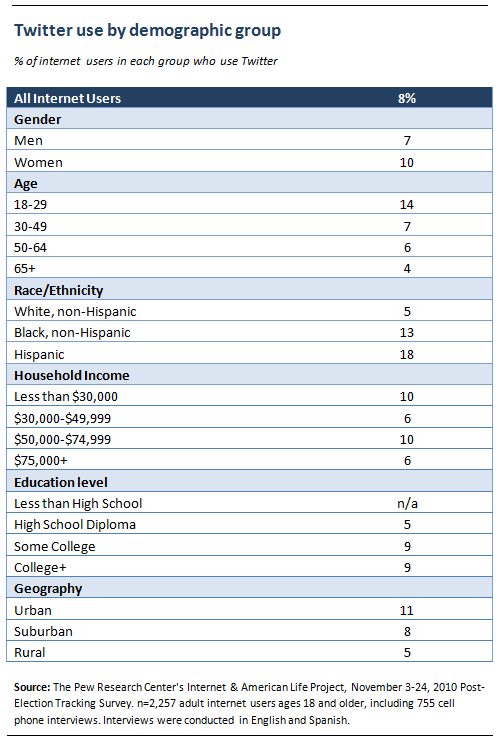 Excerpt: This is the first-ever survey reading from the Pew Research Center's Internet & American Life Project that exclusively examines Twitter users. In previous surveys, the Pew Internet Project had asked internet users whether they "used Twitter or another service to share updates about yourself or to see updates about others?"

Here is a little background on our reasoning for focusing just on Twitter in this more recent survey. The message service Twitter launched on July 15, 2006 now claims tens of millions of users worldwide. It is one of the most popular online activities among tech enthusiasts and has become a widely used tool among analysts to study the conversations and interests of users, buzz about news, products or services, and announcements by commercial, non-profit, and government organizations. For instance, it is an important component of the analytical work by our colleagues at the Pew Research Center's Project for Excellence in Journalism in its New Media Index, which assesses the most prominent topics discussed in social media every week.