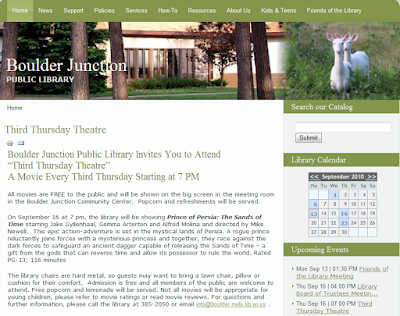 Excerpt: The larger addition has some real advantages in the long run. In addition to providing sufficient area to meet the library's space needs projected through 2030, that project would solve some of the current problems with the community building, most notably roof leaks.

With that addition the entire roof would be redone. That plan would also incorporate a drive-up book drop, particularly helpful for people with mobility issues who now find it difficult because they have to park and walk to the drop.

The modified plan would expand the existing 9,314 square foot community center to 12,314 square feet.
Posted by Retiring Guy at 7:58 AM