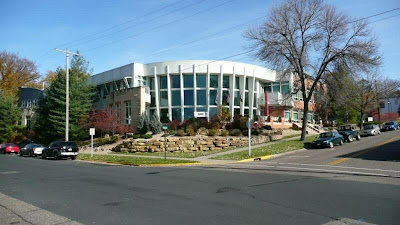 Excerpt: In 2008, the Hudson Area Library Foundation proposed moving the Hudson library to the former corporate headquarters building. That proposal, however, failed to receive the needed support from all four municipal partners of the library in a November 2008 referendum.

Knudson resurrected the idea of the building being used for public purposes after a study by Frisbie Architects found the city’s public safety departments – and the police department in particular – to be in need of additional space.

The mayor proposed moving the police department and the library into the building.