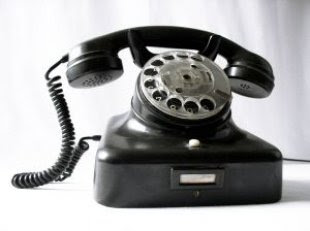 Excerpt: For many people, cellphones have become indispensable appendages that make calls, deliver e-mail messages, locate restaurants and identify the song on the radio. After 20 years, 85 percent of adult Americans have cellphones, according to the Pew Internet and American Life Project. According to the Federal Communications Commission, cellphones caught on faster than cable TV and personal computers although, by some accounts, broadband Internet service was adopted faster.

Those who still do not have them, according to Pew, tend to be older or less educated Americans or those unable to afford phones. “These are people who have a bunch of other struggles in their lives and the expense of maintaining technology and mastering it is also pretty significant for them,” said Lee Rainie, director of the Pew project.

But there is also a smaller subset of adults who resist cellphones simply because they do not want them. They resent the way that ring tones, tiny keyboards and screens disrupt face-to-face conversation. They savor their moments alone and prize the fact that no one knows how to reach them.
Posted by Retiring Guy at 8:05 AM