UPDATE. The art of the Ohio GOP gerrymander: Climate deniers get their own district 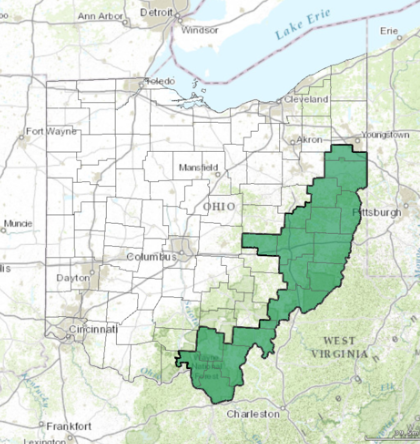 Home to the largest percentage of GOP climate deniers than any other district.  That's cuz it's coal country -- Trump's America. 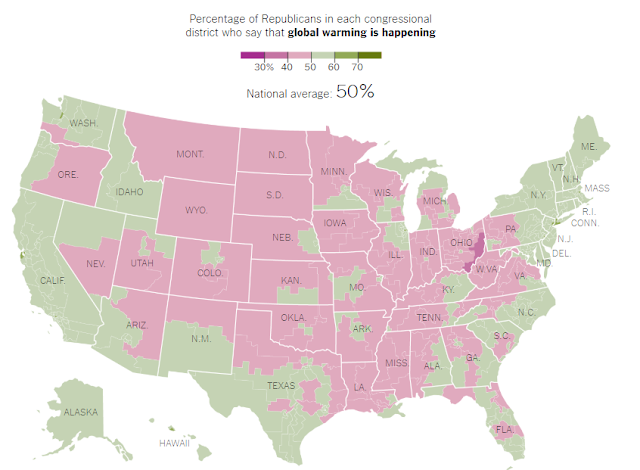 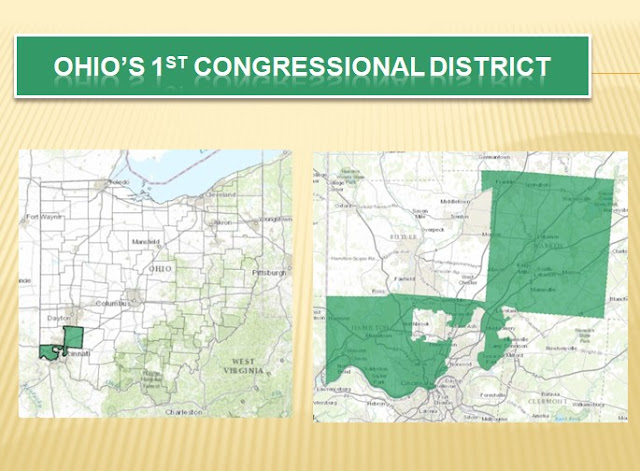 
{OH CD 1} Hamilton County and the city of Cincinnati, for example, were split in a “strange, squiggly, curving shape” to divide Democrats, the judges wrote. Meanwhile in Franklin County, [OH CD 3] which includes Columbus, Democrats were concentrated in a “sinkhole” that allowed mapmakers to “secure healthy Republican majorities” in two suburban districts. 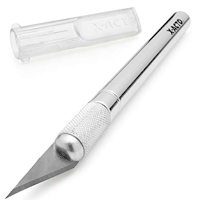 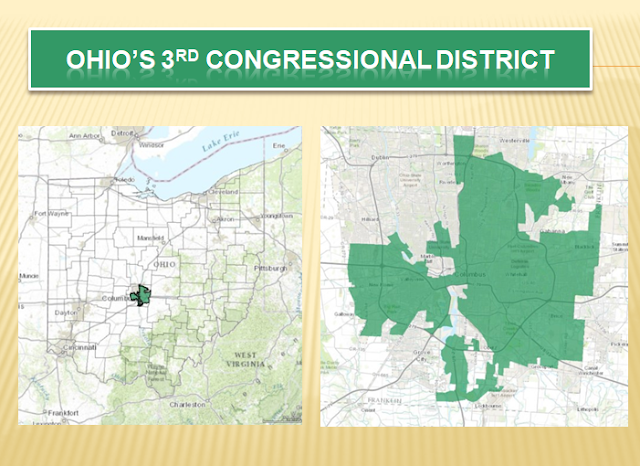 Original 5/4/2019 post, "The snake on the lake:  When it comes to chutzpah in GOP congressional gerrymandering, Ohio takes a back seat to no one", starts here. 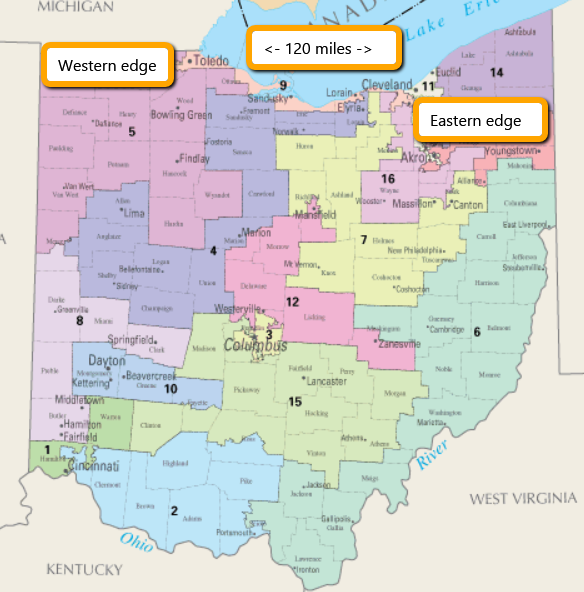 
The shameless art of the Ohio gerrymander

Based on my many trips on the Ohio Turnpike, I'd say the average north-south distance of Ohio's 9th CD is a generous 10 miles.


Representative Marcy Kaptur, a Democrat from Toledo, testified at the two-week trial that her district, which winds along the shore of Lake Erie all the way to Cleveland and is derisively nicknamed “The Snake on the Lake,’’ was the epitome of extreme gerrymandering. The trial revealed that Republican mapmakers operated out of a hotel room they called “the bunker,’’ and in one email, a national consultant referred to downtown Columbus, which is heavily Democratic, as “dog meat” territory.