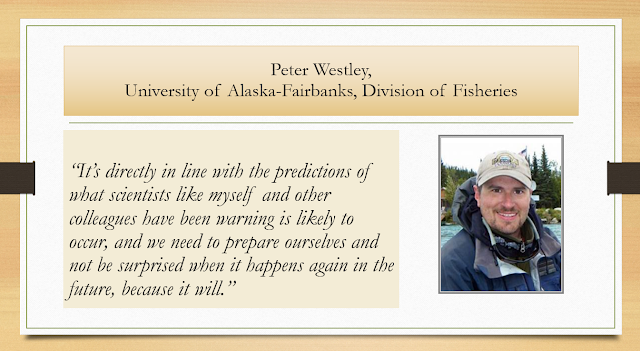 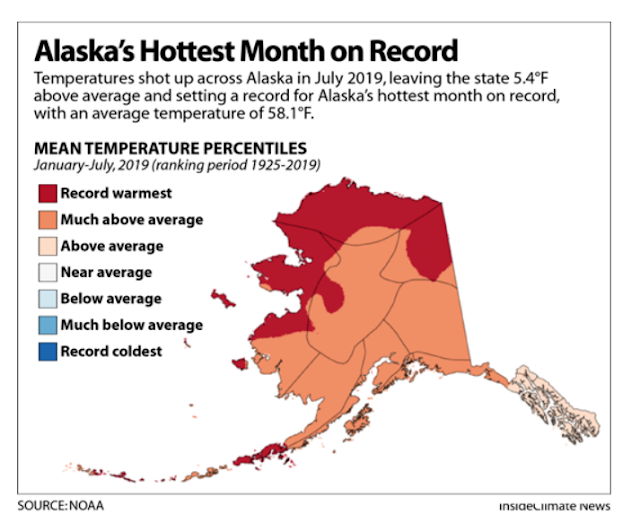 
With sea ice at a record low, the usual buffer that helps keep Alaska cool is gone, said Karin Gleason, a climate scientist with NOAA. "That exacerbates temperatures, because when you don't have sea ice near the coastlines, then the temperature of the continent can warm sooner and earlier than it typically would."

Arctic sea ice hit a record low in July after an early start to the melt season, according to the National Snow and Ice Data Center (NSIDC). The sea ice volume Arctic-wide was about 47 percent lower than the average from 1979-2018. 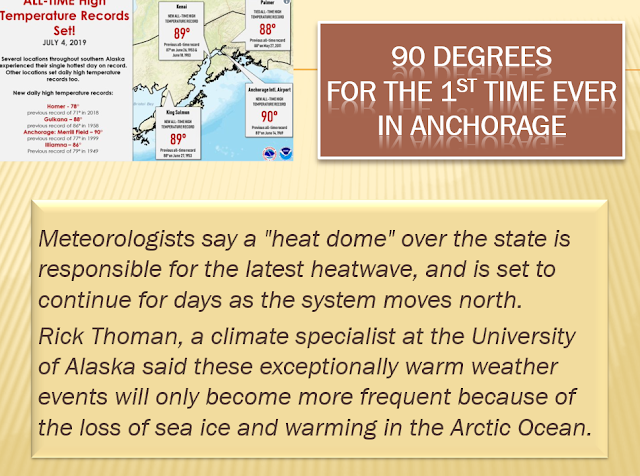 
I think it is. We're definitely seeing warmer-than-normal conditions. Like, the 90-degree temperature is 25 degrees above our average. Our average for this time of year is 65 degrees. And just in the last 10 days, we had six record-high temperatures. So not just this year, but overall, the trend for Anchorage and all of Alaska is a steady increase and a steady warming.  (From an interview with Tracy Sinclair, meteorologist at Channel 2 News in Anchorage.) 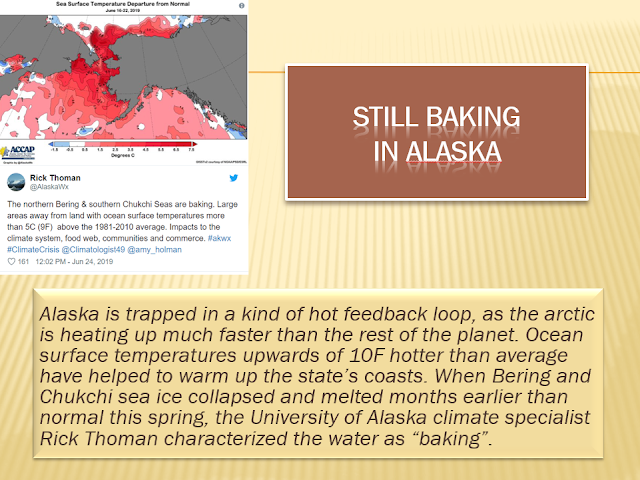 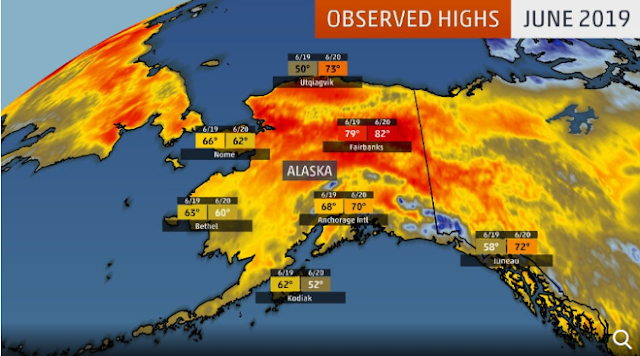 
This June record in Utqiagvik (formerly known as Barrow) is the latest notable in what is shaping up as one of Alaska's warmest years on record. NOAA's May climate report released earlier this month found the state had its record warmest spring (March through May) and its second warmest year-to-date through May, behind only 2016. 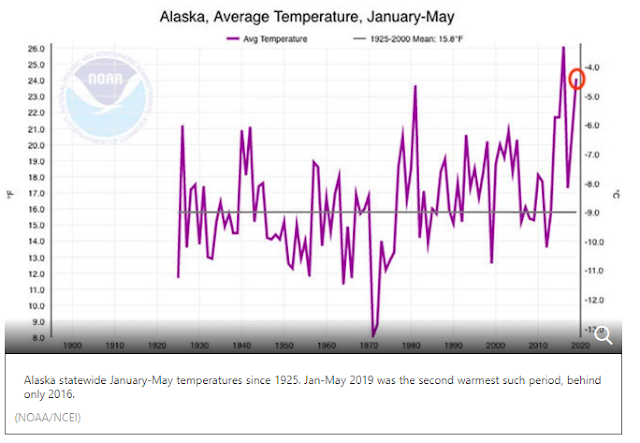 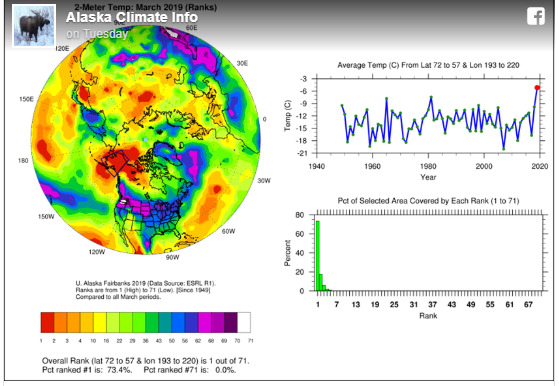 
Many Alaskans have reveled in the warm wave, but others are wary, saying the unprecedented heat has put lives at risk on melting rivers and created challenges for hunters trying to get food.

Statewide temperatures for March are expected to average 27 degrees, 4 degrees higher than the 1965 high mark, said Brian Brettschneider, a climatologist with the International Arctic Research Center at University of Alaska Fairbanks. [emphasis added]

“We’re not just eking past records. This is obliterating records,” he said. 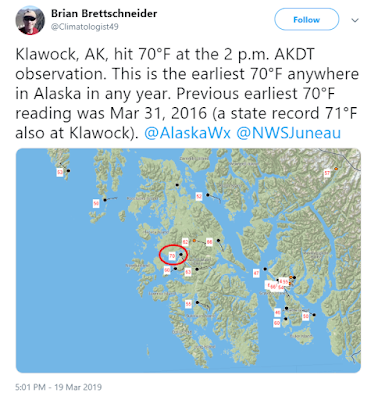 
Well above-average temperatures are expected to continue this week. Daily temperature records have broken around the state, and toppled all-time March records in the greater Arctic region.

Last week, Alaska saw its earliest ever 70-degree Fahrenheit temperature. This exceptional warmth has been stoked by a mix of weather events and a rapidly warming climate.

"The magnitude and persistence of the warmth is particularly striking to me this winter in parts of Alaska," Zack Labe, a climate scientist and Ph.D. candidate at the University of California at Irvine, said over email.