Boogying our way to doomsday (world as food desert dance-off) 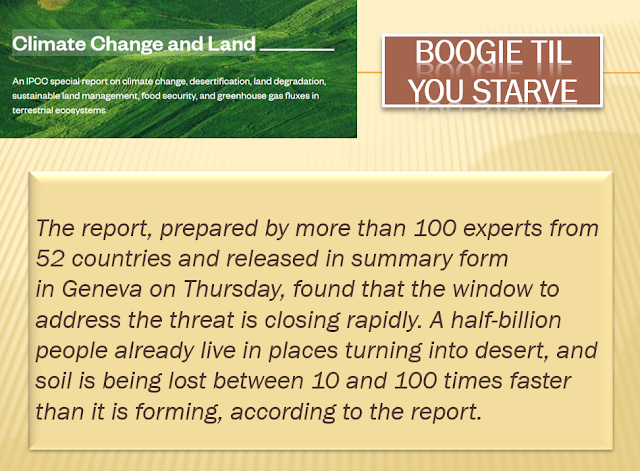 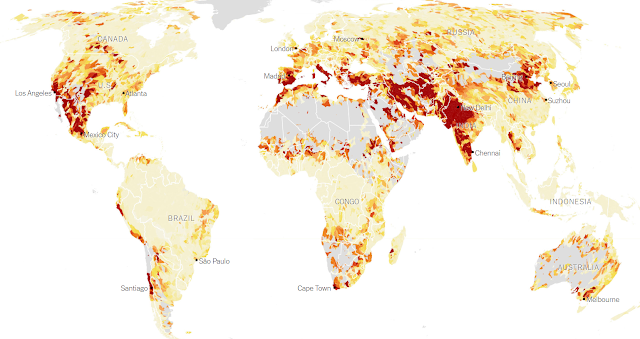 
From India to Iran to Botswana, 17 countries around the world are currently under extremely high water stress, meaning they are using almost all the water they have, according to new World Resources Institute data published Tuesday.


Some of the cities affected: 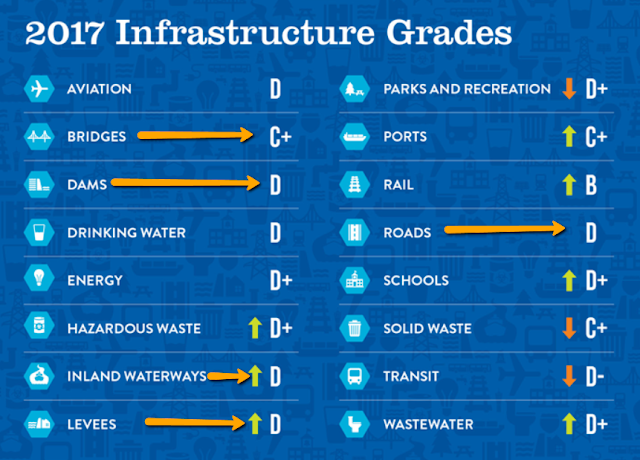 Capital Weather Gang Perspective.  A $1 trillion economic blow? The cost of extreme weather in the U.S. is worse than we thought.  (Washington Post, 6/6/2019)


Returning to NOAA’s estimated losses for 2017 and 2018, productive investment fell about $400 billion in total in those years as a result. That is, had those disasters not happened, investment would have been that much higher. And that diminished investment translates into less growth in gross domestic product — a measure of all an economy produces in a given period.

If similar experiences in extreme events occur for the next 10 years — which is not a bad assumption, given that four of the most expensive years in history have occurred in the past five — U.S. GDP in 2029 would be about 3.6 percent lower than it would have been otherwise, based on my calculations using growth accounting.

That amounts to an economy that’s $1 trillion poorer as result of these extreme weather events crowding out productive investment.

Deforestation of Brazilian Amazon surges to record high. (The Guardian, 6/4/2019)


Deforestation of the Brazilian Amazon surged last month to the highest May level since the current monitoring method began, prompting concerns that president Jair Bolsonaro is giving a free pass to illegal logging, farming and mining.

The world’s greatest rainforest – which is a vital provider of oxygen and carbon sequestration – lost 739sq km during the 31 days, equivalent to two football pitches every minute, according to data from the government’s satellite monitoring agency. 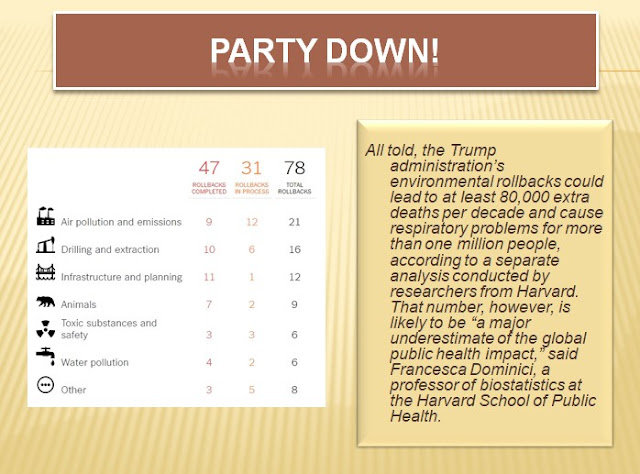 
But, just as important, as the United States economy grew at a strong pace last year, emissions from factories, planes and trucks soared. And there are few policies in place to clean those sectors up.

“The big takeaway for me is that we haven’t yet successfully decoupled U.S. emissions growth from economic growth,” said Trevor Houser, a climate and energy analyst at the Rhodium Group. 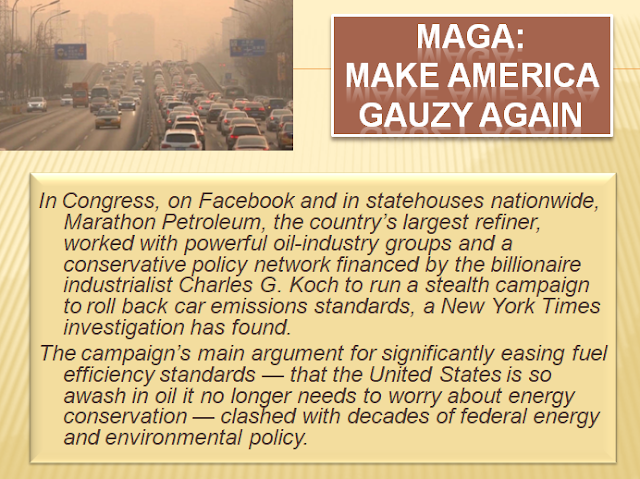 
These standards will reduce America’s consumption of oil, save consumers money at the gas pump, and protect public health and the environment by curbing global warming pollution. They will also help spur investments in new automotive technology, creating jobs and helping sustain the recovery of the American auto industry. 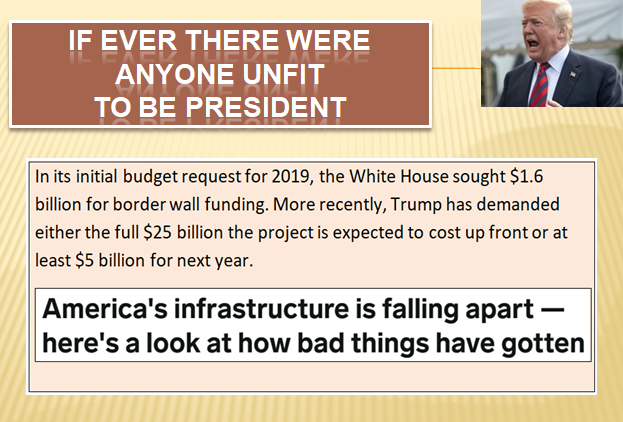 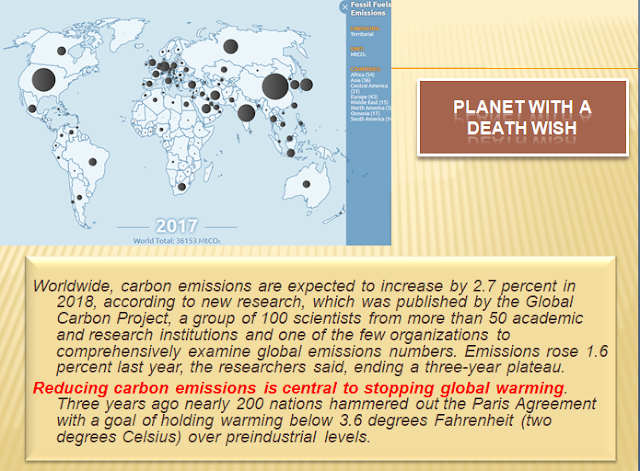 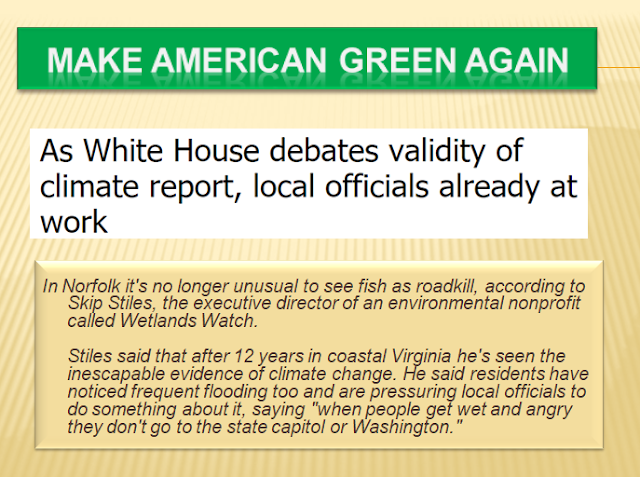 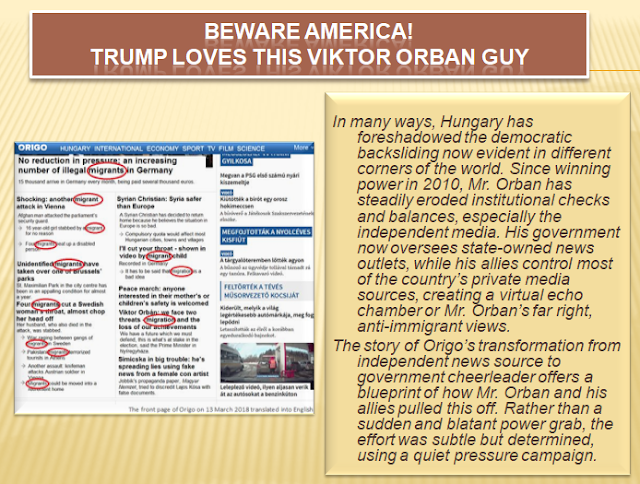 Graphic source:  Get the Trolls Out


The Trump administration’s friendly and intensive contacts with the Orban government represent a radical departure: It watches idly as Orban dismantles his nation’s democratic institutions. For instance, the pro-government weekly Figyelo recently issued an enemies list of about 200 prominent opposition individuals. 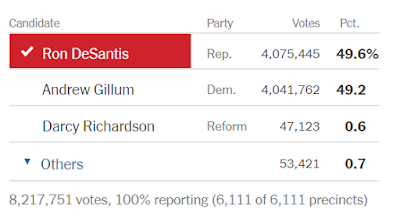 Screenshots from The New York Times 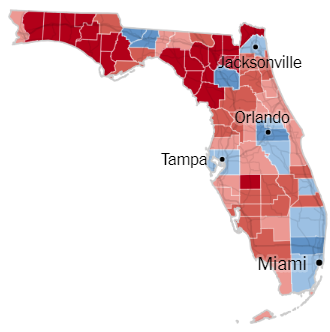 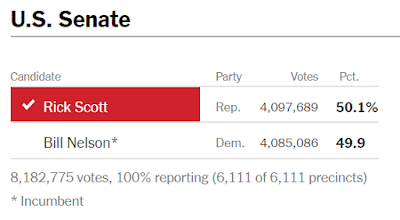 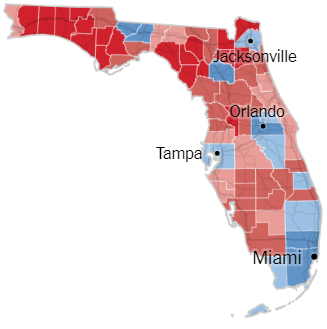 
But the most important thing to know about what’s happening in Florida is that it has little to do specifically with Florida at all.

Take a step back and look at the big issues playing out in Florida, and what you’ll see, instead of Florida’s foibles, are three critical challenges to American democracy as a whole.


Carl Hiaasen has the answer.  The other lasting result of that month-long ordeal was, for Floridians, more psychological than political. We woke up in a place that had been internationally exposed as the most bumbling, screwed-up state in America. 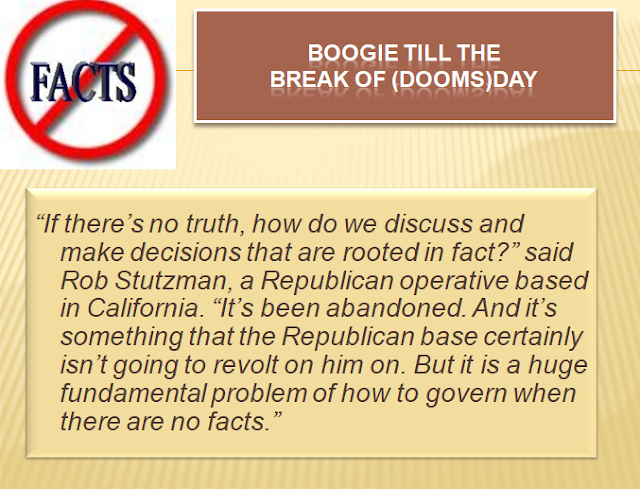 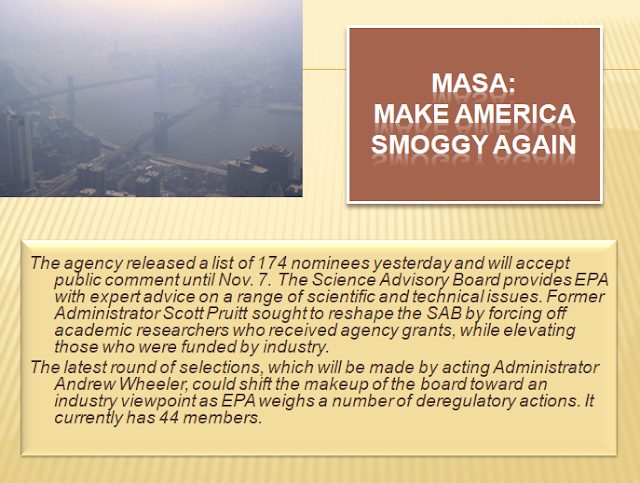