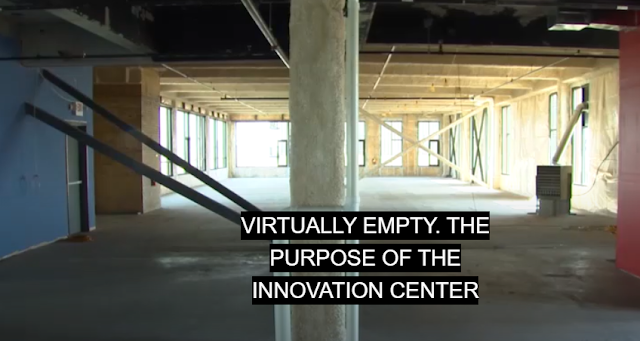 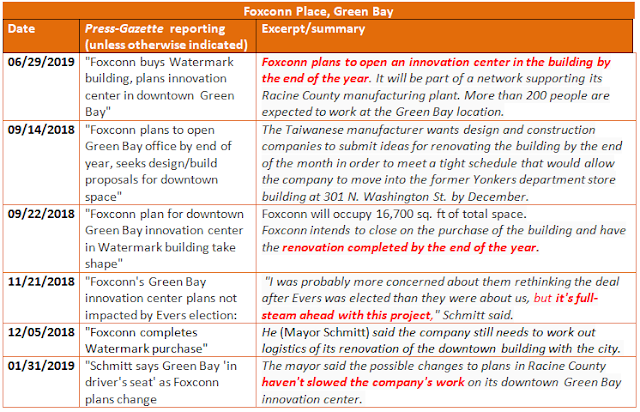 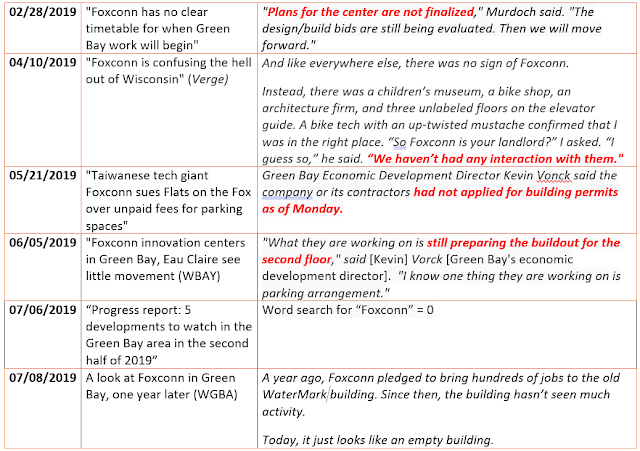 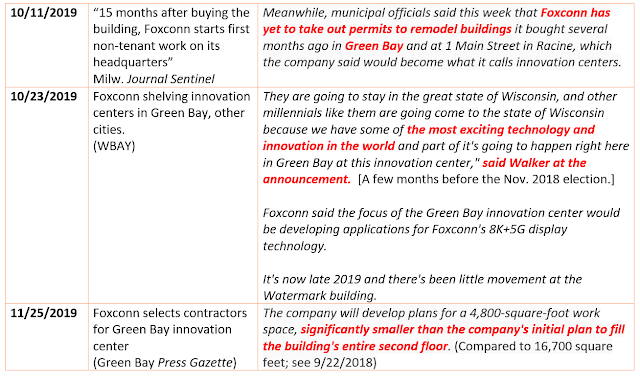 Foxconn executives have not agreed to repeated requests for interviews. 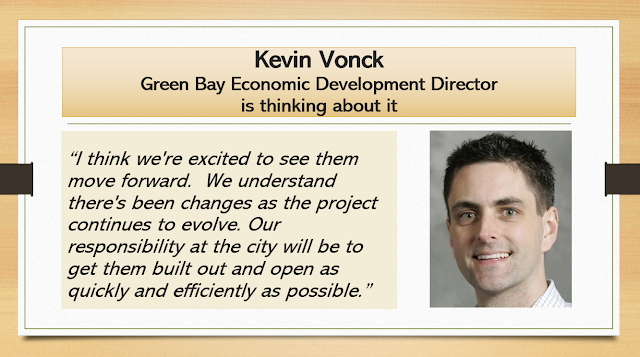 
WPR reports the tech giant plans to focus on its $10 billion facility in Mount Pleasant. The company has said the facility will be open by the end of 2020.


Today, it just looks like an empty building. When NBC26 asked leaders downtown to confirm whether any changes have been made to the building, or if any jobs have been created, they say they were unaware of that.


Foxconn, apparently, is not one of them.  Most people might see downtown Green Bay's recent run of closed and relocated businesses and see tough times for the central city commercial hub.

The Children's Museum of Green Bay has moved out near Bay Beach Amusement Park. Several restaurants have closed. A plan to redevelop the Adams Street surface parking lot in the heart of downtown is progressing slowly as the city explores buying the Baylake City Center building.

Jeff Mirkes is not most people.


“They purchased the whole thing. The only thing they did not purchase was the Children’s Museum,” said Kevin Vonck, Green Bay’s economic development director. However, now that the children’s museum has moved, Vonck "could see them purchasing it as well."

The Watermark building, which includes businesses like the Creamery and Broken Spoke, has been under Foxconn’s ownership since November of 2018.

“They took over as the landlord for all of those tenants,” said Vonck.


The lawsuit asks Brown County Circuit Court Judge Kendall Kelley to terminate the agreement and order Stone House Development to pay $109,596 owed from 2013 to 2015. It also seeks additional taxes, insurance and maintenance costs that have accrued since 2015.


I walked next door to the Creamery, a brunch spot advertising unlimited mimosas. It, too, was a tenant of Foxconn’s innovation center. A server said the Foxconn people came to town occasionally, and they were “fun and nice.” An architect upstairs hadn’t seen Foxconn. The shipping company on the top floor directed me to the building manager who directed me to a maintenance technician who said he didn’t have a lot of details himself, but he wasn’t at liberty to discuss it further.