The decline and fall of UW 2-year colleges


Cross described the plan, which he will bring to UW’s governing Board of Regents for approval in November, as a way to address declining enrollment in the UW Colleges — where the number of full-time equivalent students has dropped by 32 percent between 2010 and this fall — without closing any campuses. Enrollment at UW-Madison is up slightly over that period but down at some other four-year campuses. 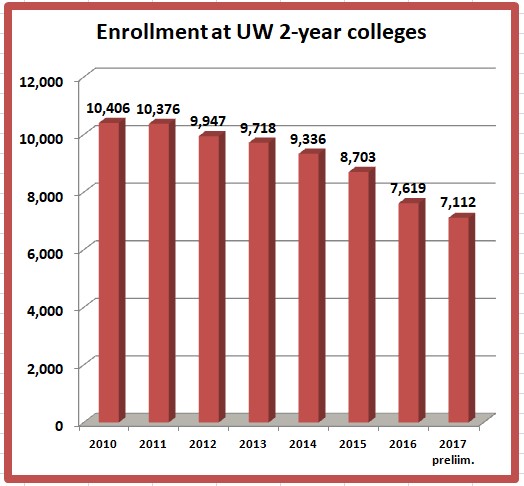 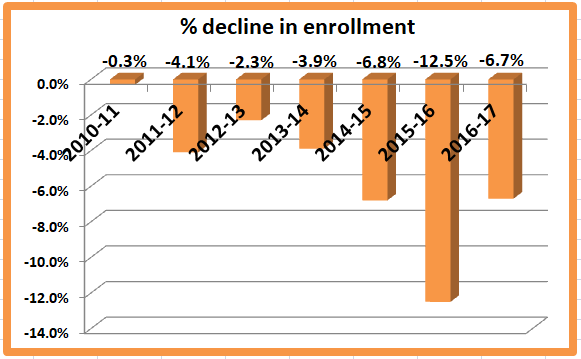 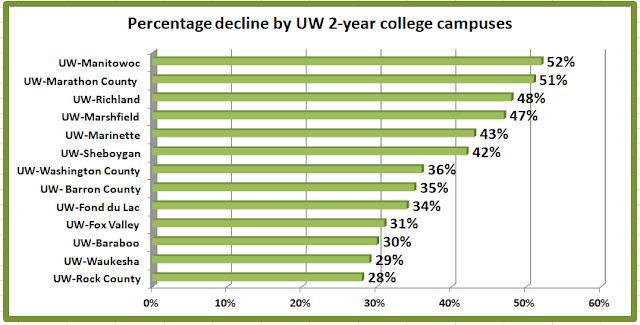