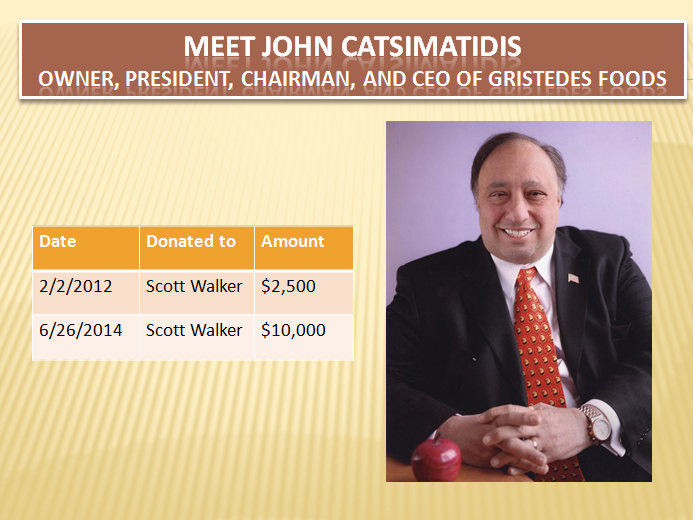 Reporters at Scott Walker, Rudy Giuliani event didn't know it would be off the record.  (Capital Times, 2/19/2015)

Walker did not take questions from reporters.

The event was sponsored by billionaire supermarket owner John Catsimatidis and hosted by economists Kudlow, Arthur Laffer and Stephen Moore. That group hosted a similar dinner at the same venue in January, featuring Texas Gov. Rick Perry. At that dinner, former New York Gov. George Pataki also hinted at a 2016 run. There were no reports of any portion of Perry's comments being off the record at the January dinner.