Madison landlords may no longer have to provide voter registration forms to tenants.  (Wisconsin State Journal, 10/7/2013)

Like running the red table.   On Tuesday, the Wisconsin Assembly will vote on Senate Bill 179, also known as the tenant-landlord bill, which passed the Senate along party lines, 18-15, on Sept. 17.

My younger son lives in an apartment owned and operated by Steve Brown. 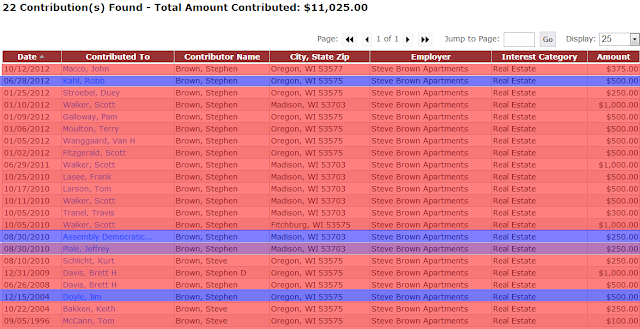