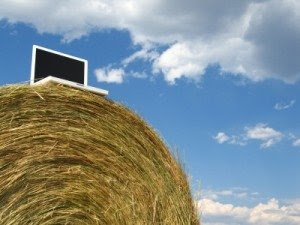 Excerpt: A key stimulus program to bring Internet service to rural America may not be up to the job of spending its $2.5 billion in extra funding effectively, according to a report (PDF) released Monday by the U.S. Department of Agriculture’s inspector general.

The Rural Utilities Service’s broadband program faced heavy criticism in 2005 when auditors found irregularities (PDF) with a quarter of the funds the program had received in its first four years of operation. In one case, the program loaned $45 million to wire affluent subdivisions in the Houston suburbs—including one that was built around a golf course and another outside one of the richest cities in Texas.
Posted by Retiring Guy at 7:38 AM