On a long-awaited spring-like day in April, shoppers thronged West Towne Mall.  During my brief visit, I watched dozens of people stream in and out the Boston Store, which, ironically, exuded a festive atmosphere.

The closing of the Boston Store is not a nail in the coffin, but rather an opportunity to further diversify the mall's offerings, as was just done when Sears ceded more than half of its square footage to Dave and Buster's and Total Wine.  These two new tenants, by the way, have created a parking crunch at the south end of the mall, something I haven't seen in quite a few Christmases. 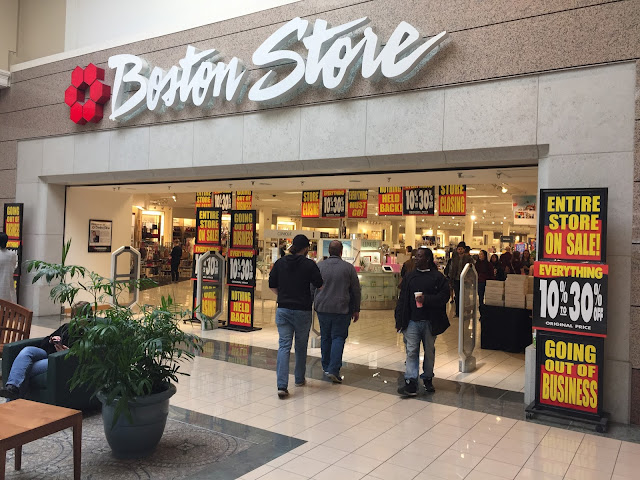 
The end of the retailer will leave more than 1 million square feet of retail space empty in Wisconsin, 280,000 of that in Madison.

Boston Store employs 217 people at its two Madison locations and 74 in Janesville, according to the Wisconsin Department of Workforce Development.


The Boston Store's twin sentinels at West Towne are still for lease. 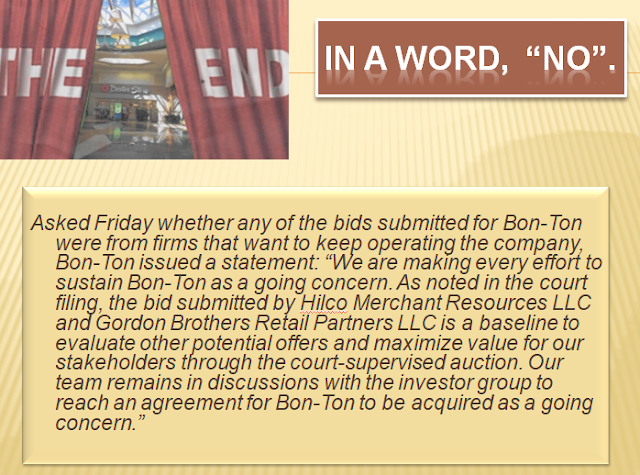 
A decision in U.S. Bankruptcy Court in Delaware this week dealt a setback to efforts by Bon-Ton executives to sell the company to a buyer [DW Partners, see slide below] that would keep it going and try to turn around its finances. Bon-Ton hasn't been profitable since 2010.

A judge on Wednesday said Bon-Ton would not be allowed to reimburse $500,000 in due diligence costs by the potential "going concern" buyers — a condition Bon-Ton’s lawyers portrayed as a requirement to get a bid from that investor group. 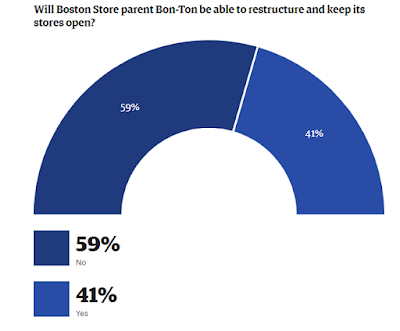 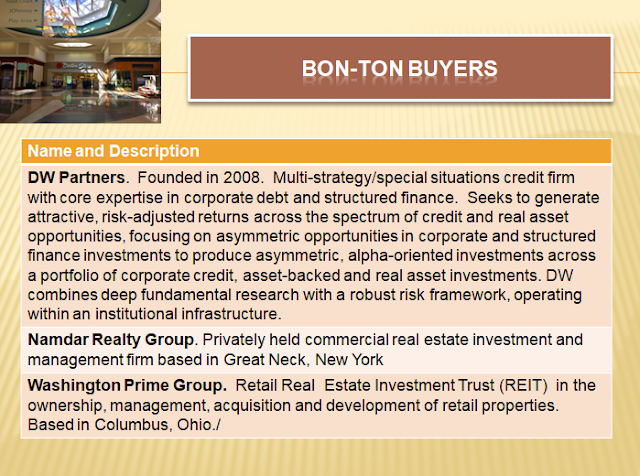 
Related reading:
Alpha and Beta: How Do They Relate to Investment Risk?  (Arbor Investment Planner)