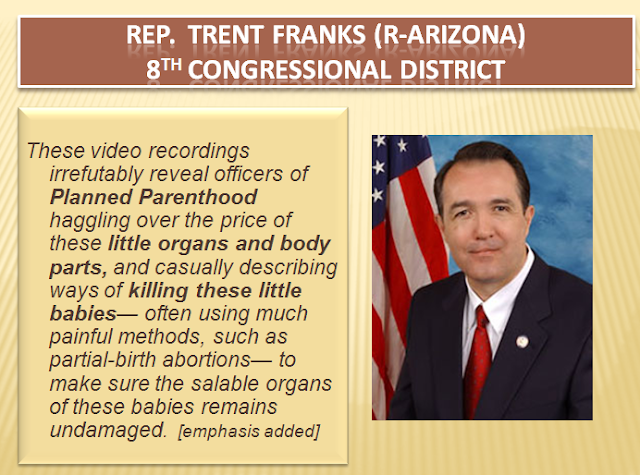 As quoted in Rep. Trent Franks tells Congress: Abortion is the ‘worst human rights atrocity in the history of the U.S.’  (Live Action News, 9/9/2015)