From chocolate to booze to processed foods to Coke: Time for Rhona to update her LinkedIn profile 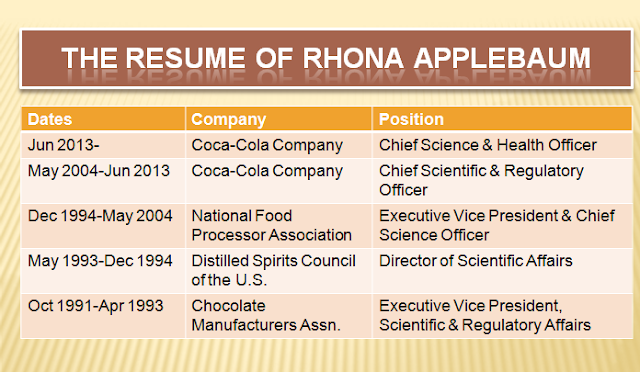 
A spokeswoman for Coca-Cola said on Tuesday that Dr. Applebaum, 61, had made the decision to retire in October and that her retirement “has been accepted and the transition is underway.” The company declined a request for an interview with Dr. Applebaum.


As Retiring Guys sees it, the message that Dr. Applebaum was assigned to disseminate was....

Hey, folks, drink up!  It's not about the calories, it's all about the exercise!