Scott Walker finishes 1st in latest Iowa poll, but his best numbers are more than 3 months behind him 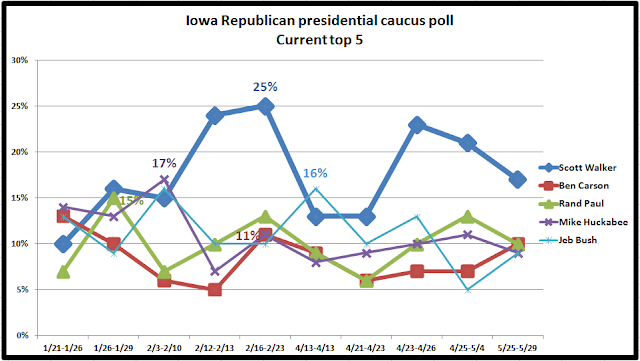 
Walker, a Wisconsin governor known for imposing restrictions on labor unions, hasn't officially announced he's running for the White House in 2016, but he's the first choice for 17 percent of likely GOP caucusgoers in Iowa, making him the one to beat in an oversized field of 16 Republicans tested.

Yes, folks, Donald Trump finishes in the top 10 among likely Iowa Republican caucusgoers, "a highly educated bunch who are not wildly out of step with the rest of America in their religious profile".

Both Marco Rubio and Ted Cruz took big hits to their Iowa hopes in the latest Des Moines Register poll.

And did Rick Santorum regain his mojo? 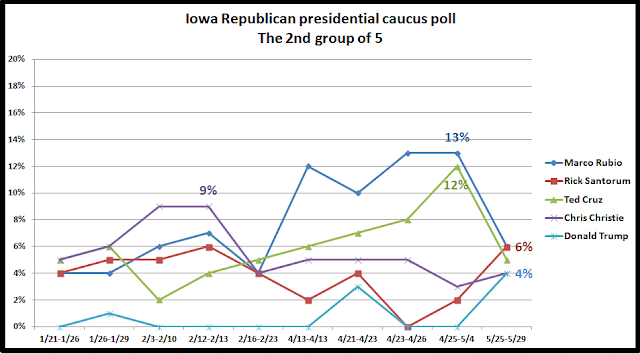