“He’s my candidate. You bet. He’s magic,” said Dixie Watters of Des Moines, who greeted Walker with a hug at Dallas County Recorder Chad Airhart's Blue Jean Bash fundraiser on Saturday afternoon. “He can win three elections in four years, in a blue state. That’s all it takes.”

Between now and 2016, Watters’ plans are to campaign “for Gov. Walker, absolutely, as much as possible.”


This from a woman who calls herself 'president' of 'Self-employed'.  Ach du lieber!! 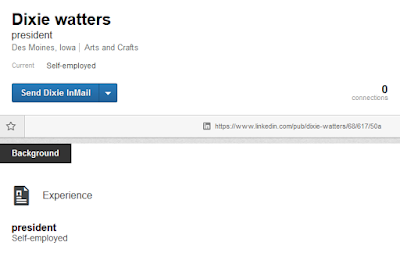